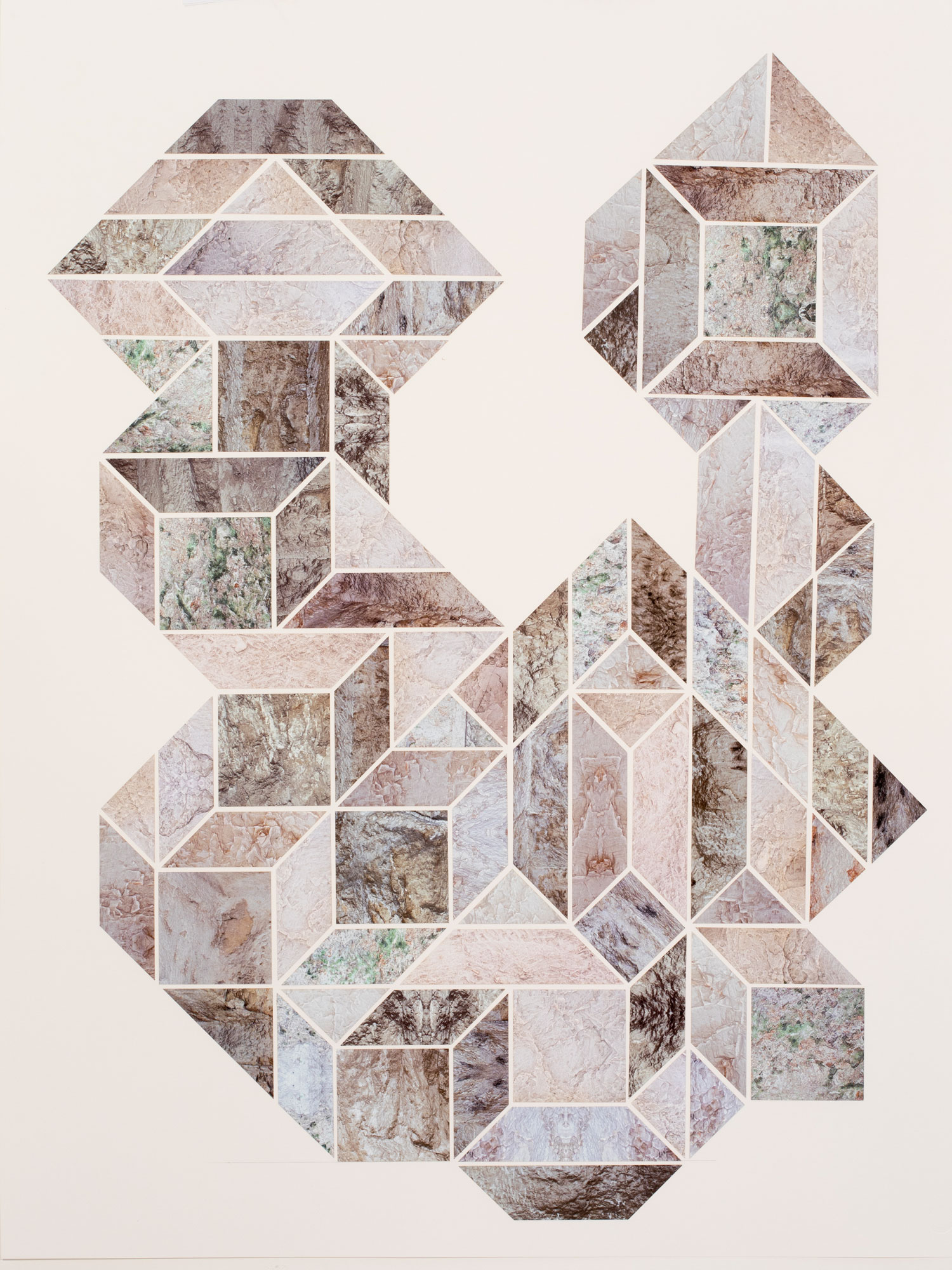 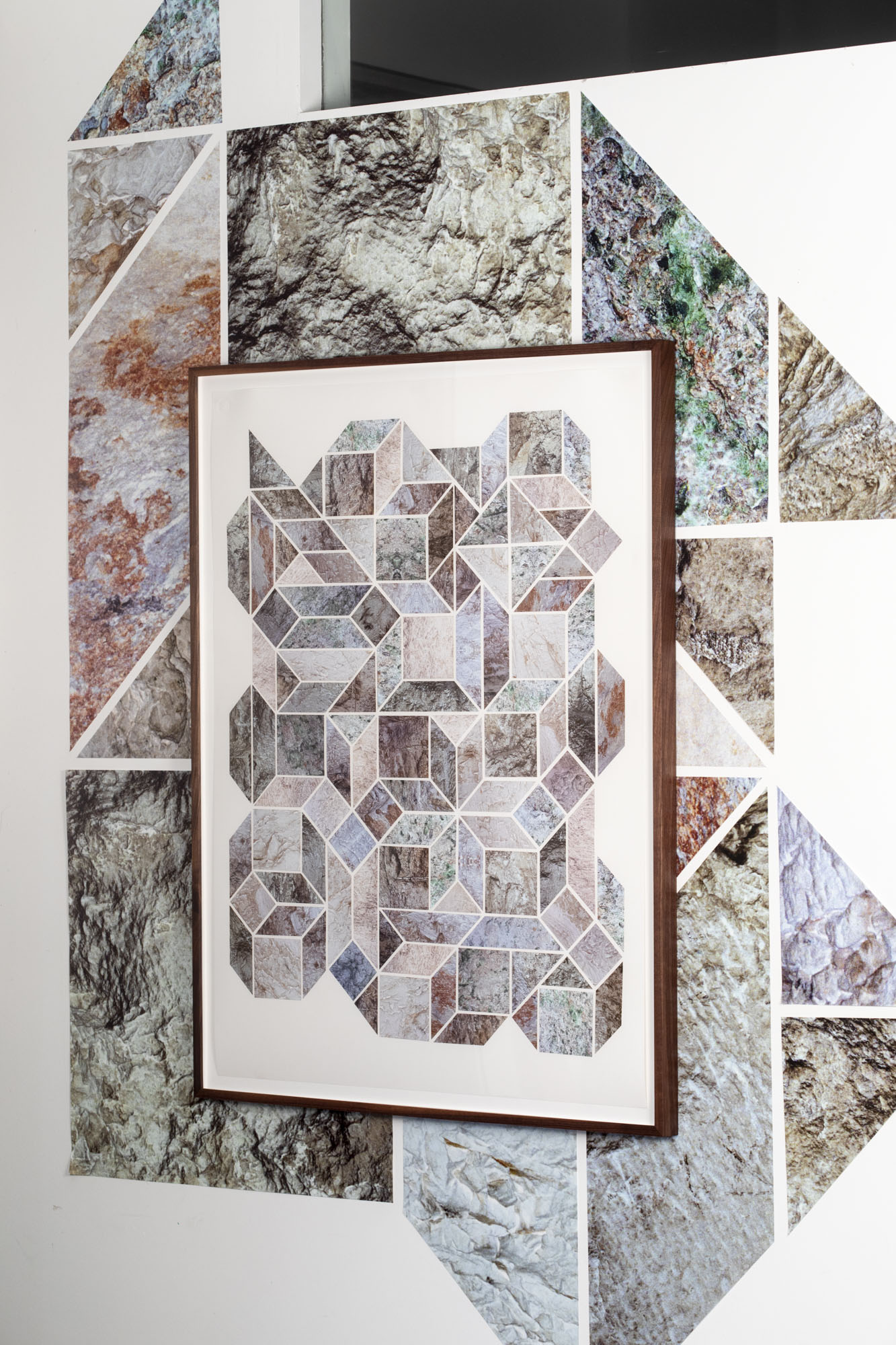 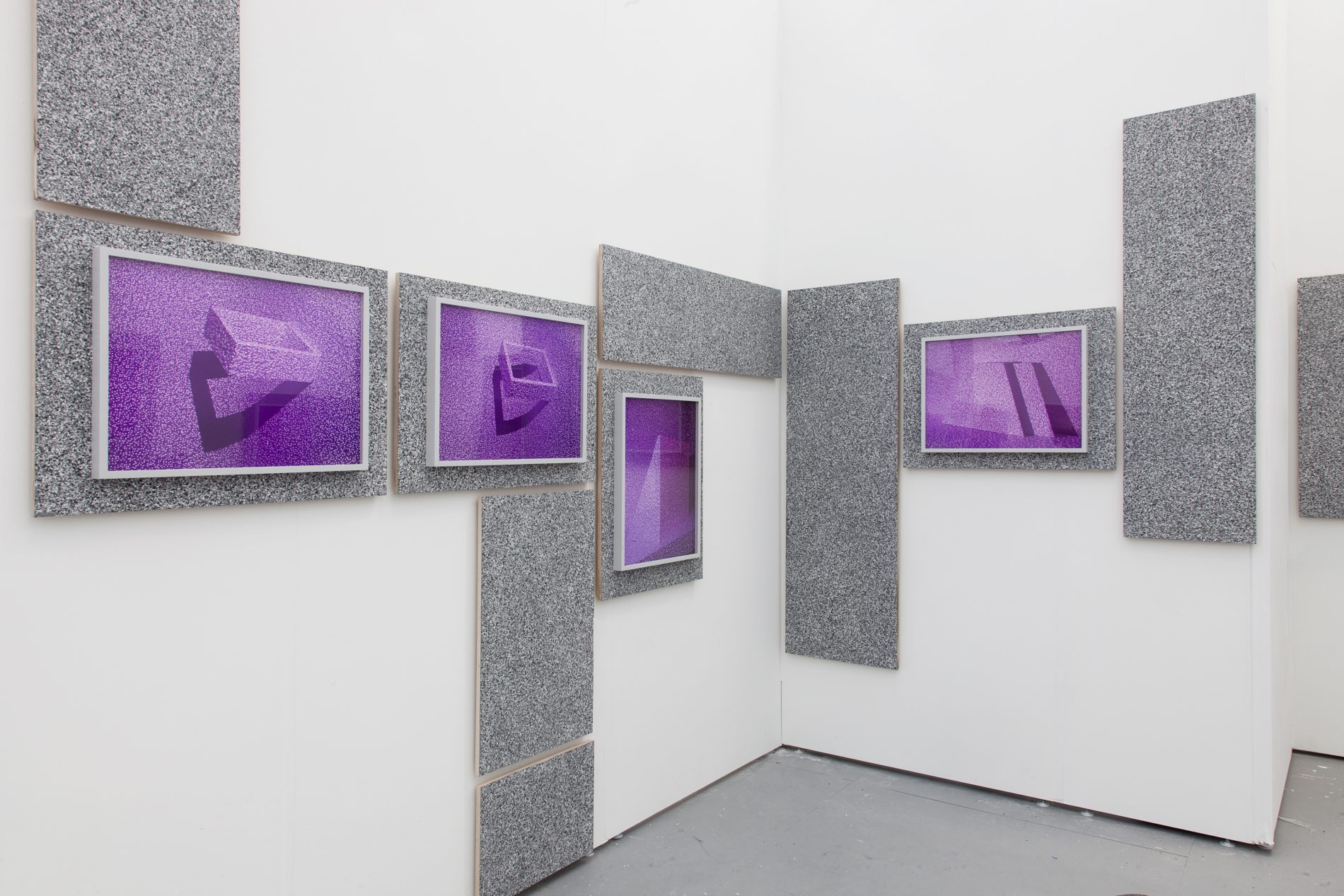 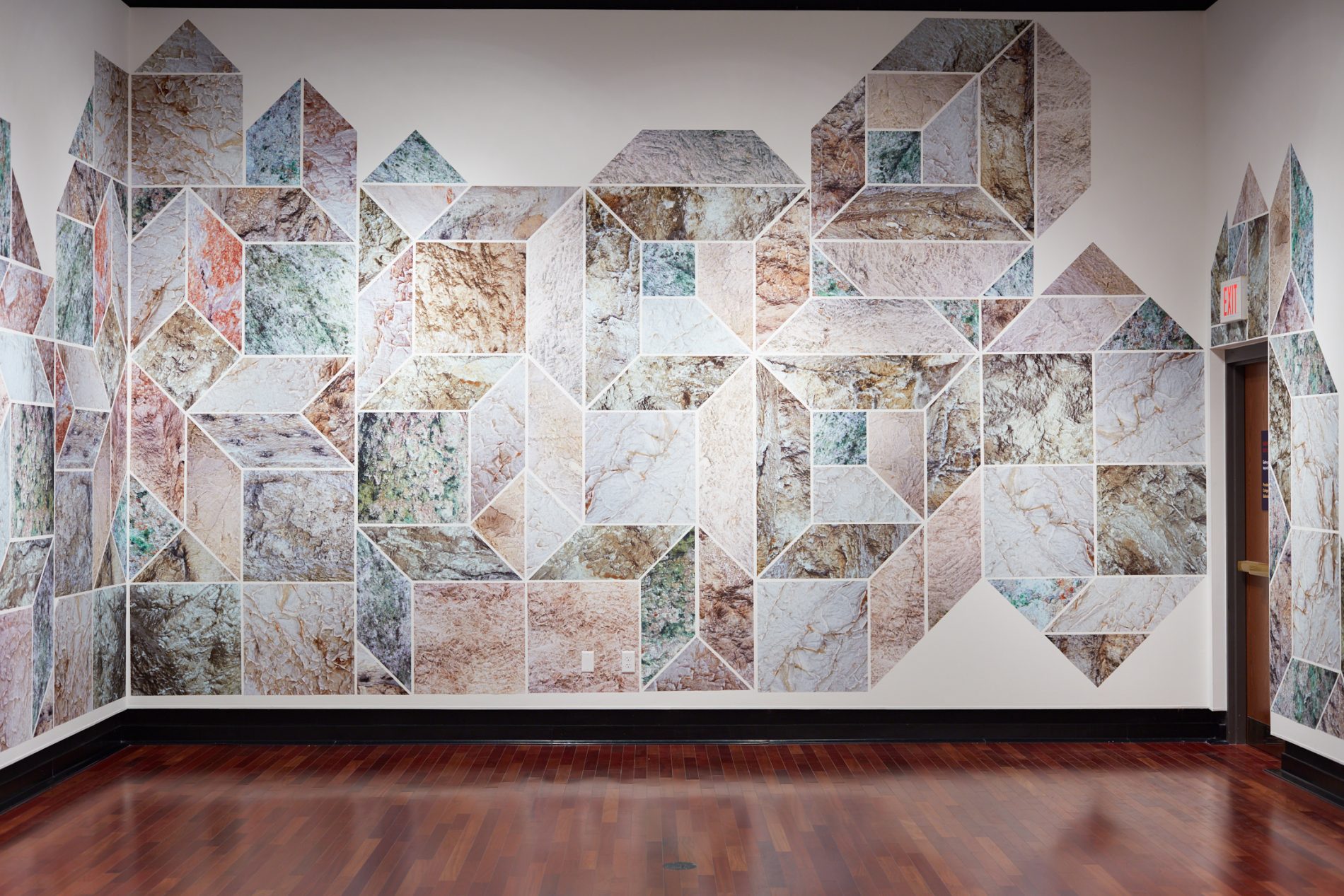 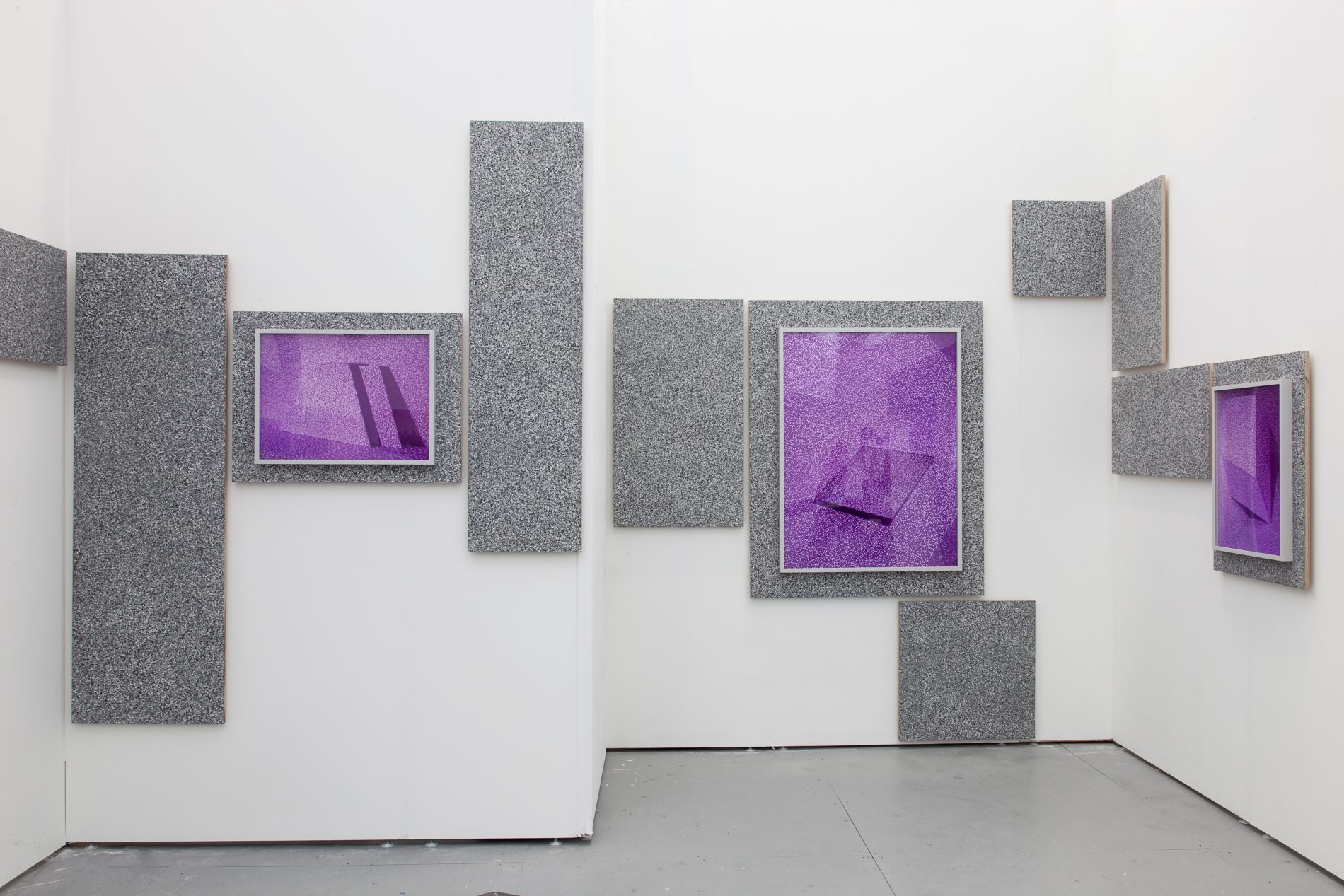 My Work follows narratives Modernism and the ways they migrated and interpreted both in the U.S and in the Middle East. Moving between popular culture, myth and history I push the boundaries of the medium in both directions – Reflect and experiments on the medium itself and the way the photograph as an object operates in an installation environment.

Visual Pyramid after Alberti follows on Alberti’s metaphor of linear perspective, the core concept for the modern gaze. I use an infrared camera to capture the light beams projected by an Xbox Kinect video gaming device on everyday objects. The Kinect is exercising a literal translation of Alberti’s theory, which I transform into a photographic process. Where my camera is capturing the so-called “modern gaze” from an external point of view.

Zedekiah’s Cave is an architectural scale photo-collage. It is composed of two-dimensional geometric shapes and patterns cut from polychromatic photographs of the interior walls of Zekediah’s Cave; a limestone quarry just beneath the Muslim Quarter of the Old City of Jerusalem. Using the photograph as a material rather than an image I create material compositions that simultaneously allude to the layered structures and histories of Jerusalem’s as well as to the Modernist modularity of post-WWII architecture. With this complex series of visual analogies between the ancient- to-modern hybridity of the greater region the installation charts recurring forms and themes across a multitude of overlapping historical, cultural, and political narratives.