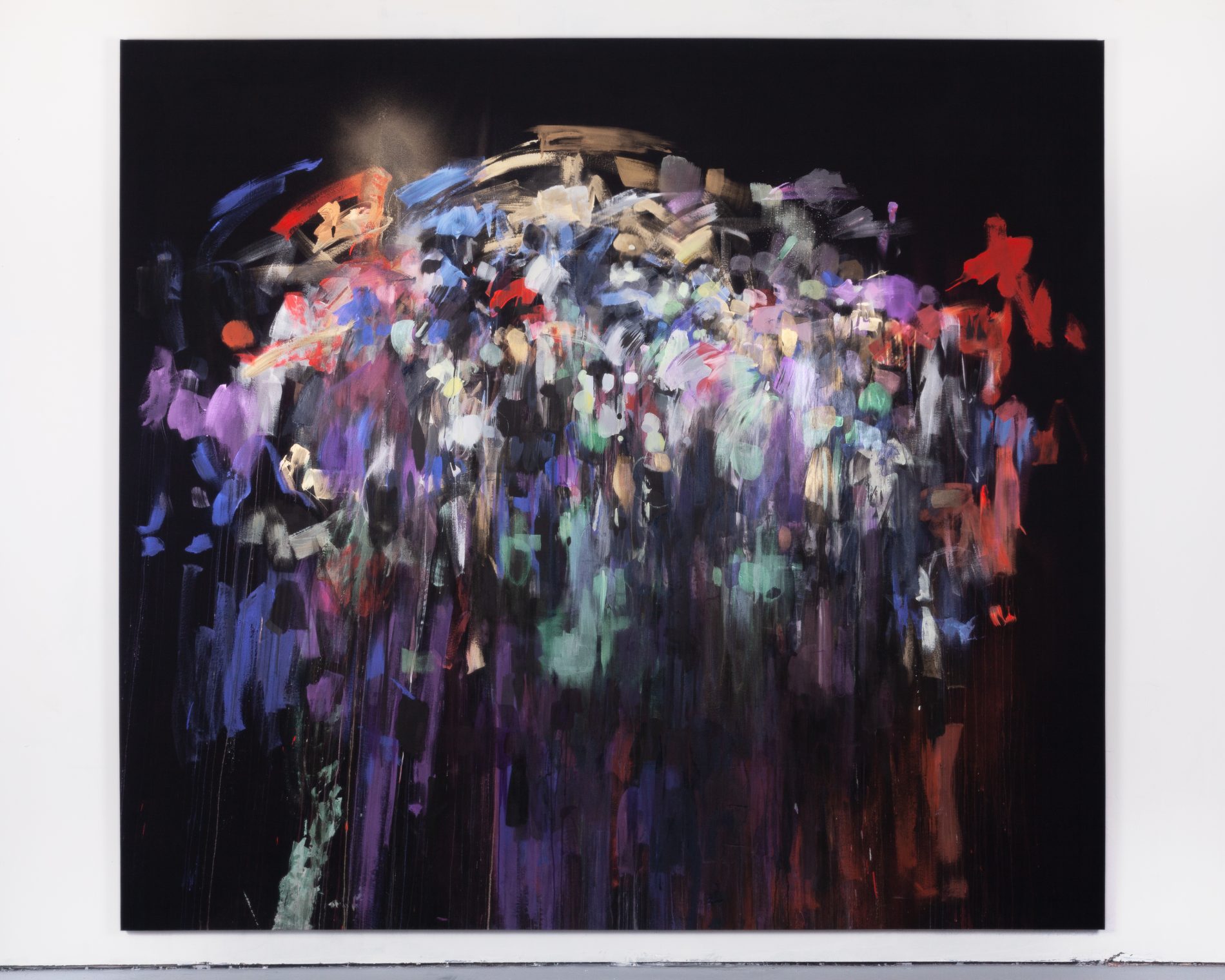 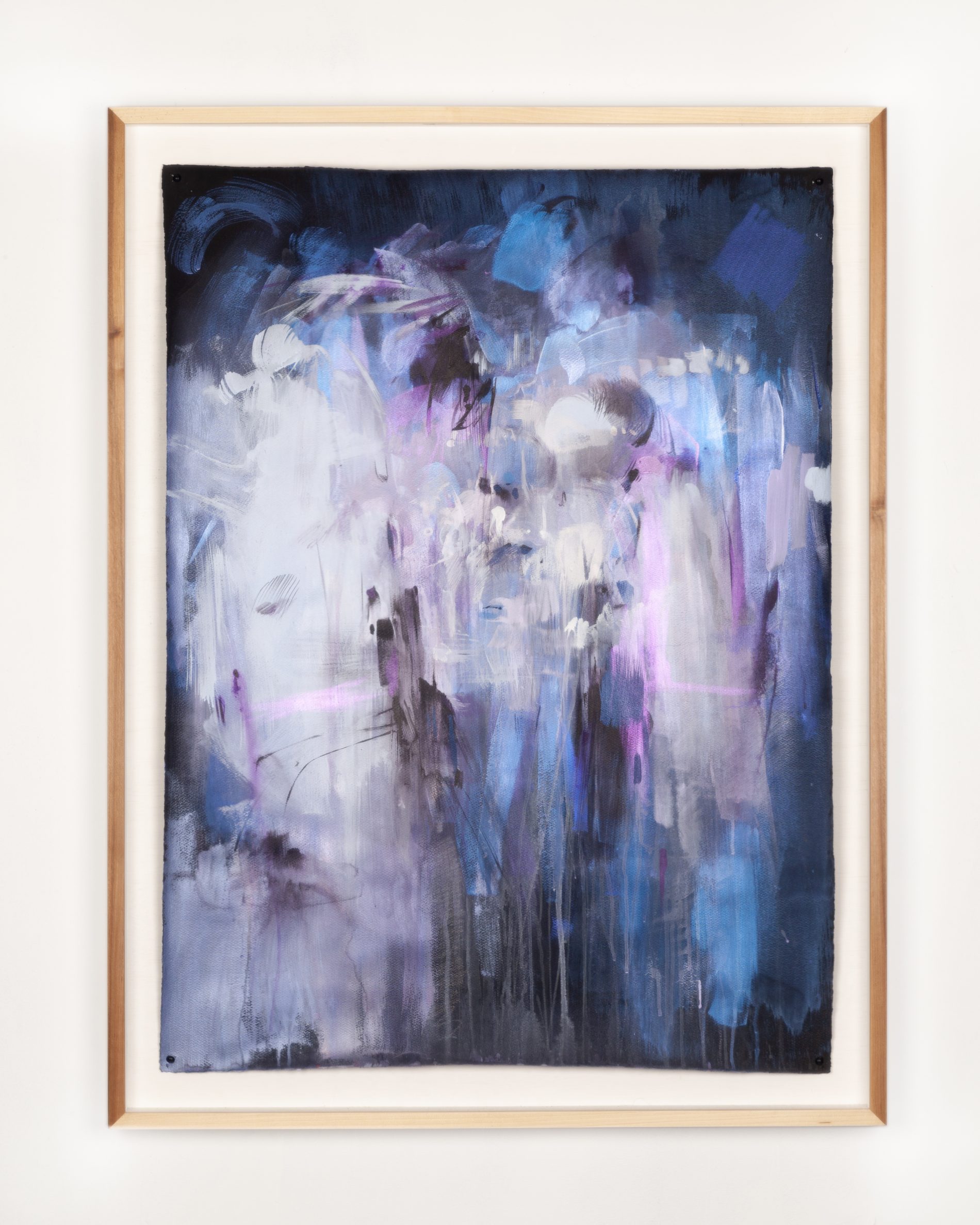 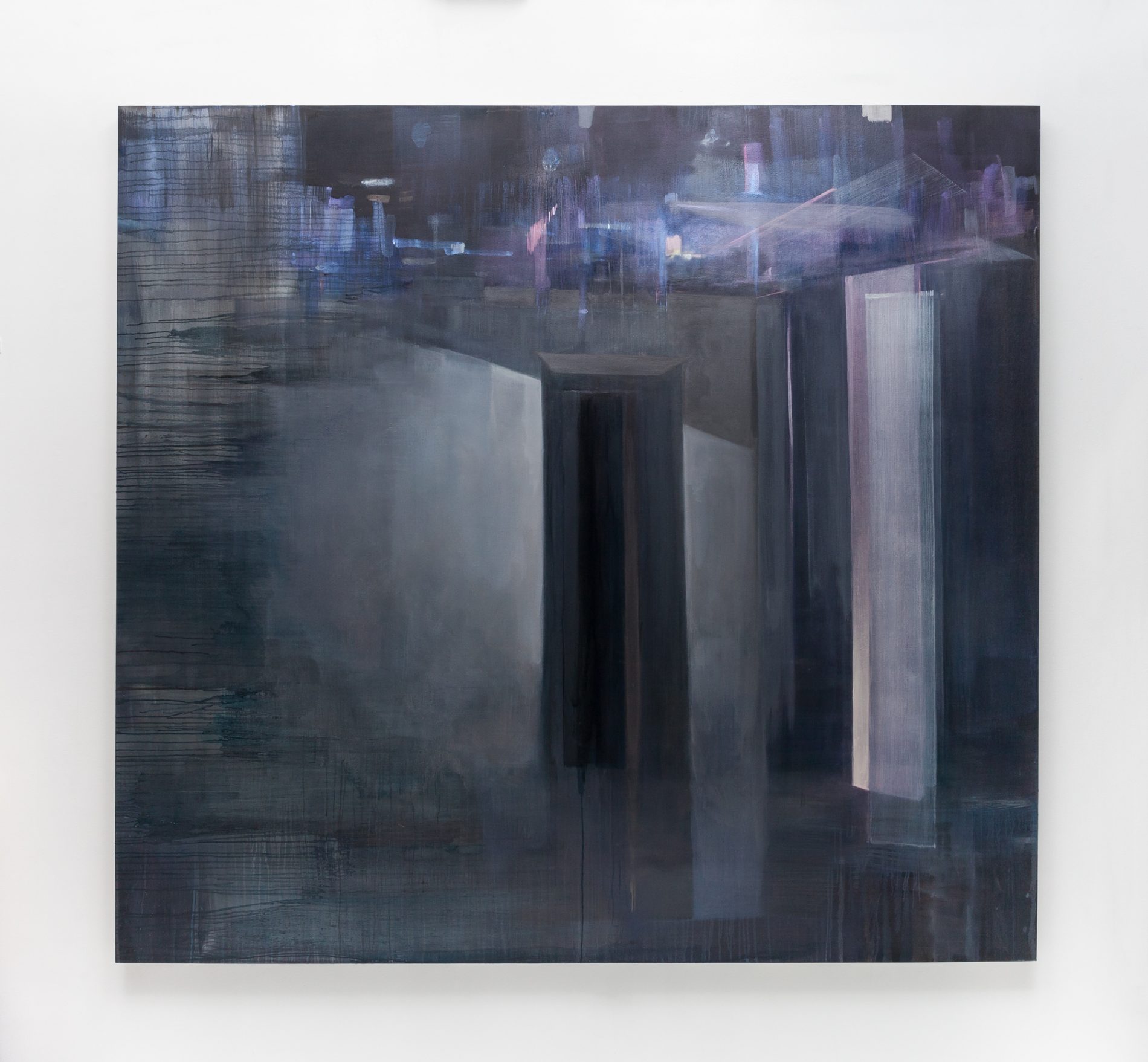 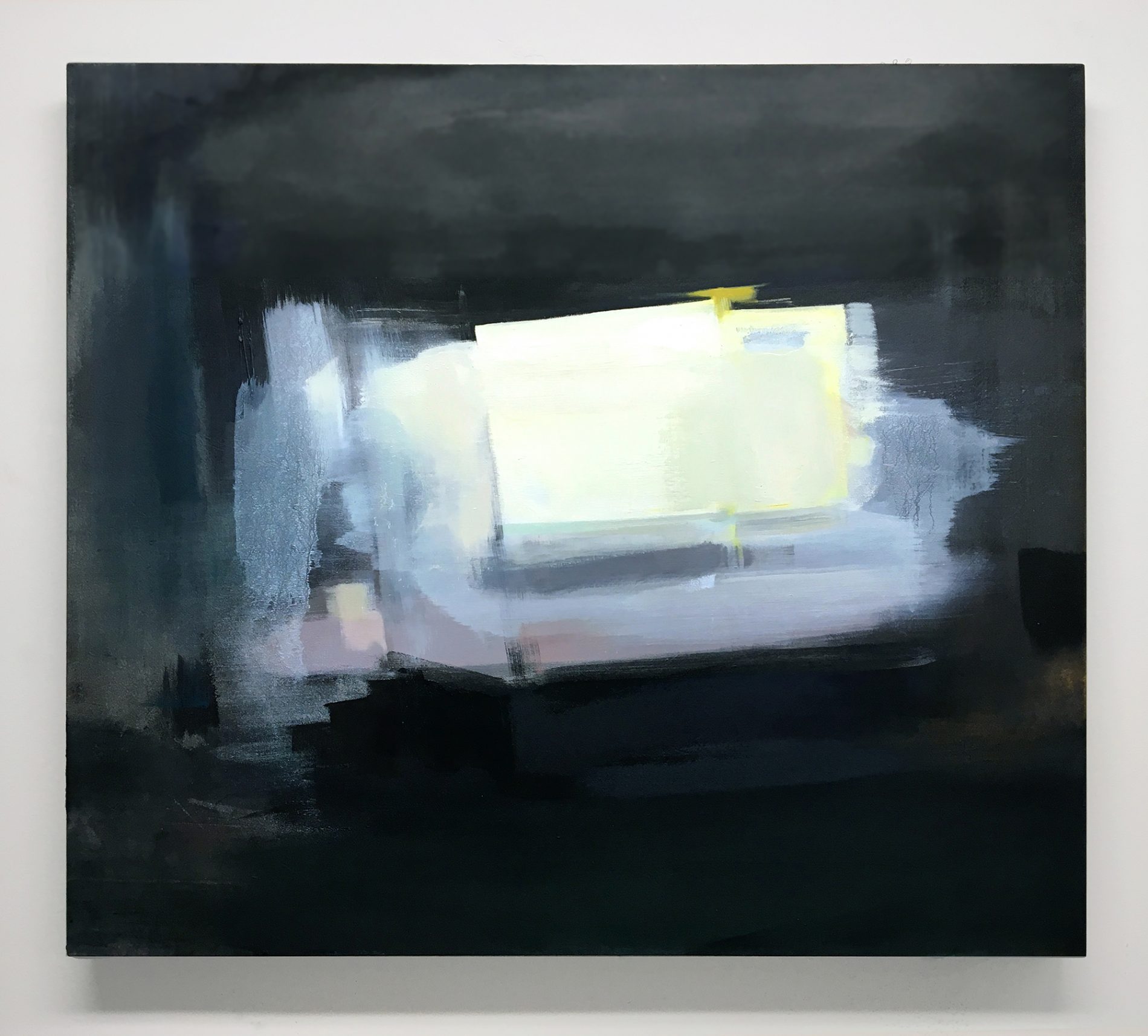 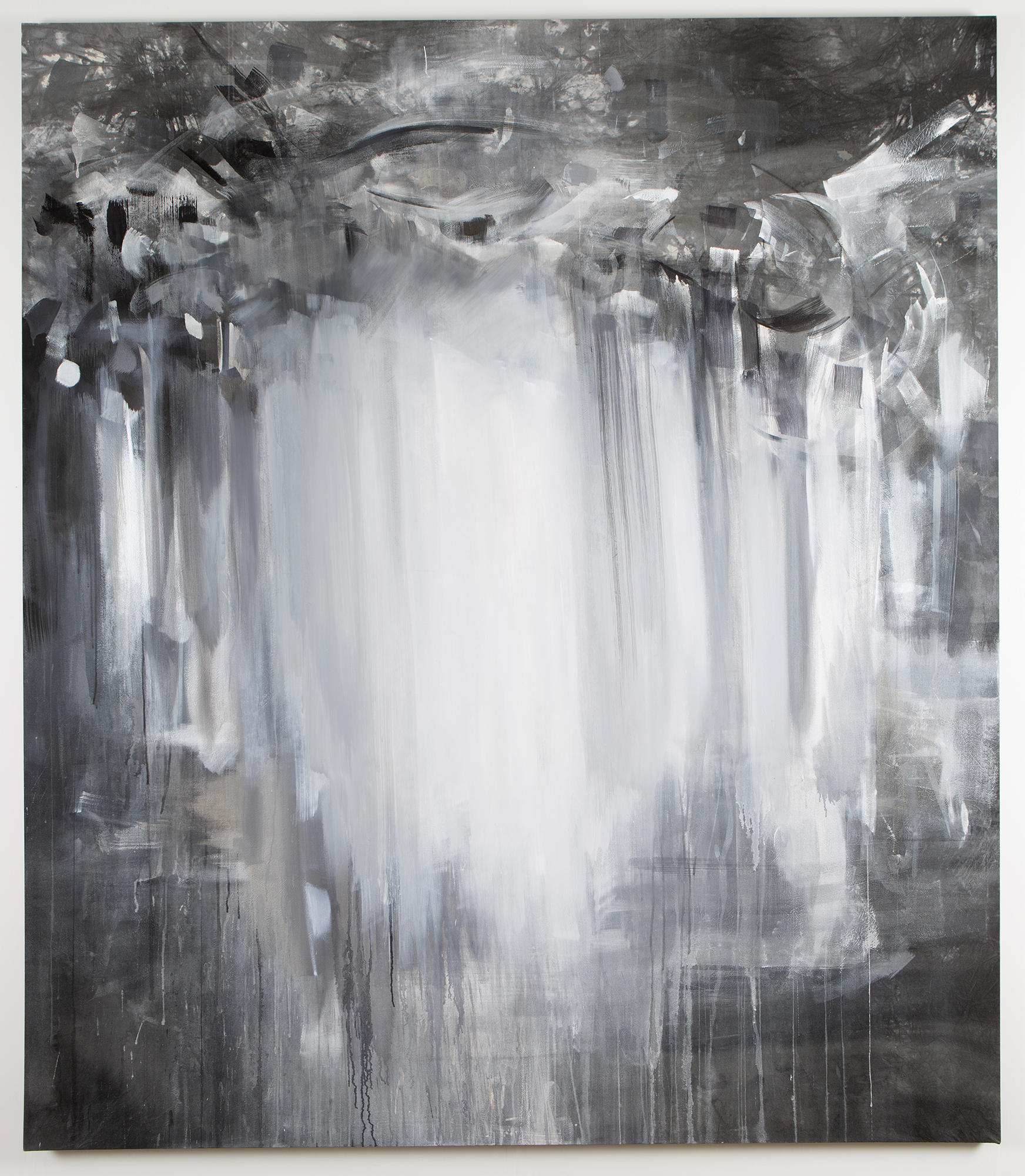 Yet Muybridge, in some of his earliest landscape work, seems positively to seek, of all things, waterfalls; long exposures of which produce images of a strange, ghostly substance that is in fact the tesseract of water: what is to be seen is not the water itself, but the virtual volume it occupies during the whole time-interval of the exposure.
-Hollis Frampton, “Eadweard Muybridge: Fragments of a Tesseract.” 1972

Working within historical conventions of observational painting, I seek out the impermanent and reveal the performance of depiction. Using memory as the primary source for my subjects, images constantly evolve. Light shifts, edges dissolve, movements change speed, and recollection fails. The observations I make outside of the studio challenge my position. Outside, I move forward, age, interact, and am concerned with my place in society. Inside the studio, I’m isolated. I look, react, and reflect on wide spans of time. The resultant paintings become indeterminate forms that struggle to locate themselves within the present.

Recently, I am continuing to expand the notions of memory by working on a series of observational paintings while looking to motion pictures as the subject. It is an attempt to suspend a film’s duration by painting the film while it’s being played in real time. To dissolve the linear narrative into a multi-layered surface of paint confuses the beginning and ending, where the result becomes a specter of the source as well as an artifact of a performance that attempts to repeatedly capture something constantly disappearing.