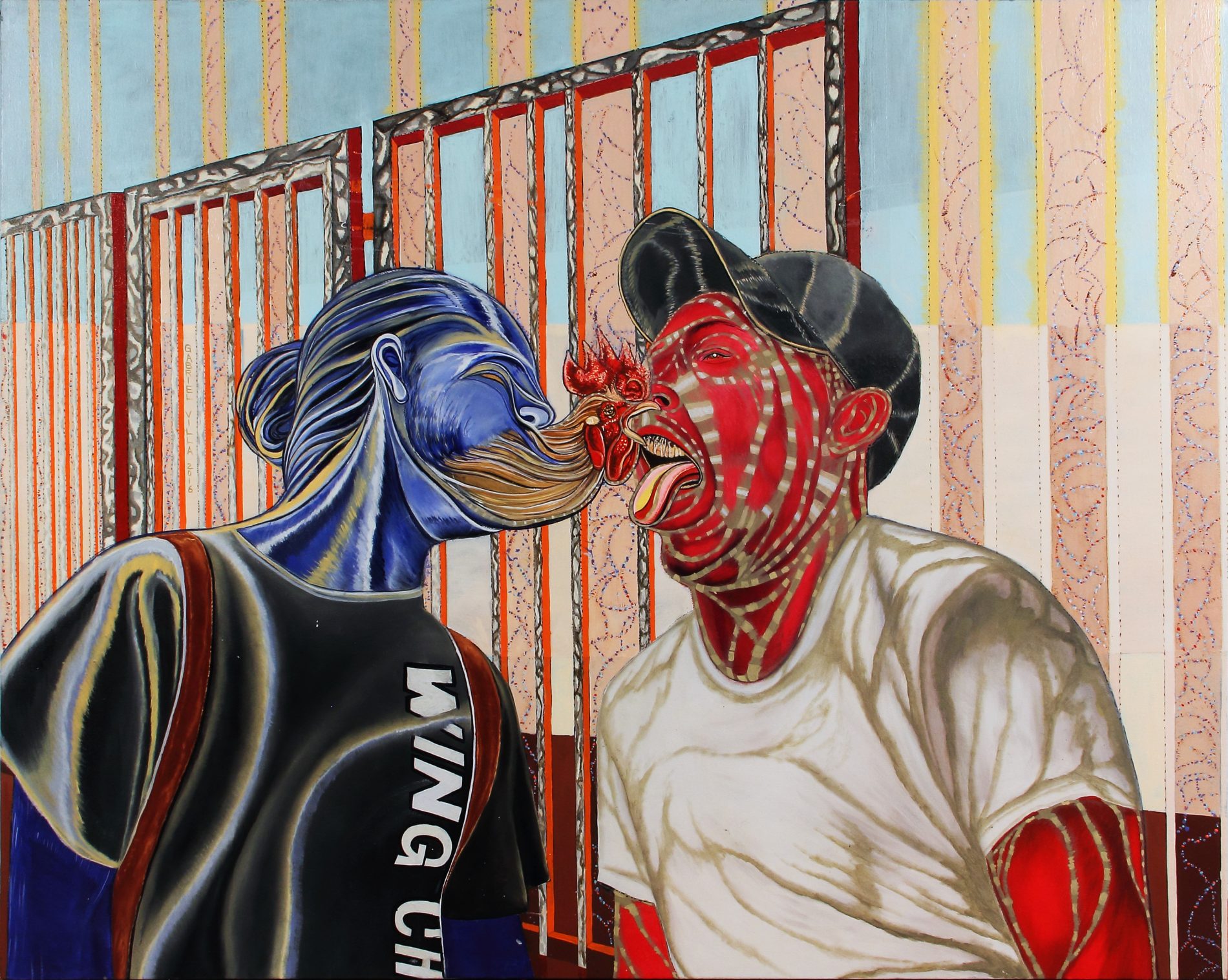 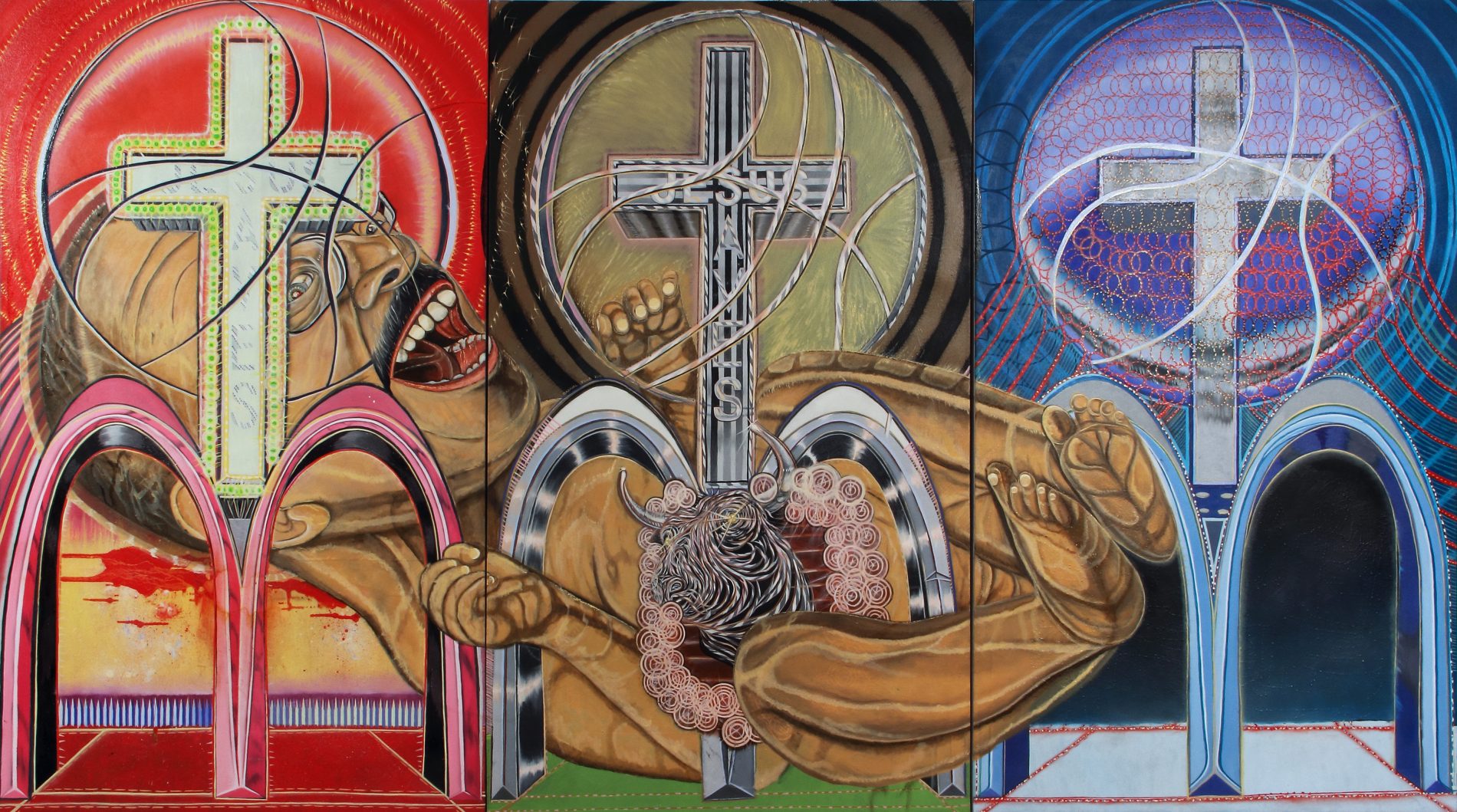 My work operates between place, figuration, and stream of consciousness. My goal with all my public and studio work is for it to have specificity and a deep and complex emotional life – a total commitment to mining everything that I see in my immediate environment.

I was born in El Paso, Texas/Ciudad Juarez border region and currently reside in Chicago, Illinois where I am an active member of the arts community. I arrived in Chicago in the late 1990’s where observations of my own neighborhood had a profound visual and conceptual impact on the evolution of my work. By 2004 the city of Chicago firmly planted itself as a kind of provocative muse found outside my window. Subjects such as public housing, surveillance, gang culture, family, religion, and gentrification/displacement all begin to weave it into broader ideas.

My extensive studio and public art practice seek to seamlessly translate the language of Mexican traditions and the personal into charged intimate narratives through printmaking, drawing, and painting intended for the gallery setting. These various modes of making, from the street to the gallery and back again, are synonymous in my work and speak to my core convictions in my art practice. My goal is to link seemingly disparate vantage points both culturally and site specifically, encouraging the viewer to straddle boundaries imposed by both art institutions and everyday experiences.

Studio and Public Artist, Gabriel Villa was born and raised in the El Paso, Texas/ Ciudad Juarez border region and currently resides in Chicago, IL. Villa received his MFA from the University of Delaware, a BFA from Corpus Christi State University-Texas A& M. Villa attended Skowhegan School of Painting and Sculpture, Skowhegan, Me. and The New York Academy of Art, New York City, NY. Villa served from 2005-2011 as Director of Yollocalli Arts Reach, a youth initiative of the National Museum of Mexican Art and also served as Co-Curator for the Chicago Kraft Foods Gallery from 2006-2011 at the National Museum of Mexican Art. Villa was a recipient of the Elena Diaz-Verson Amos Eminent Scholar in Latin American Studies at Columbus State University (Columbus, Ga. Fall Semester 2017). Villa is a current recipient of the 2018-19, Jack Goldwasser Artist in Residence at Hyde Park Art Center, Chicago, IL.