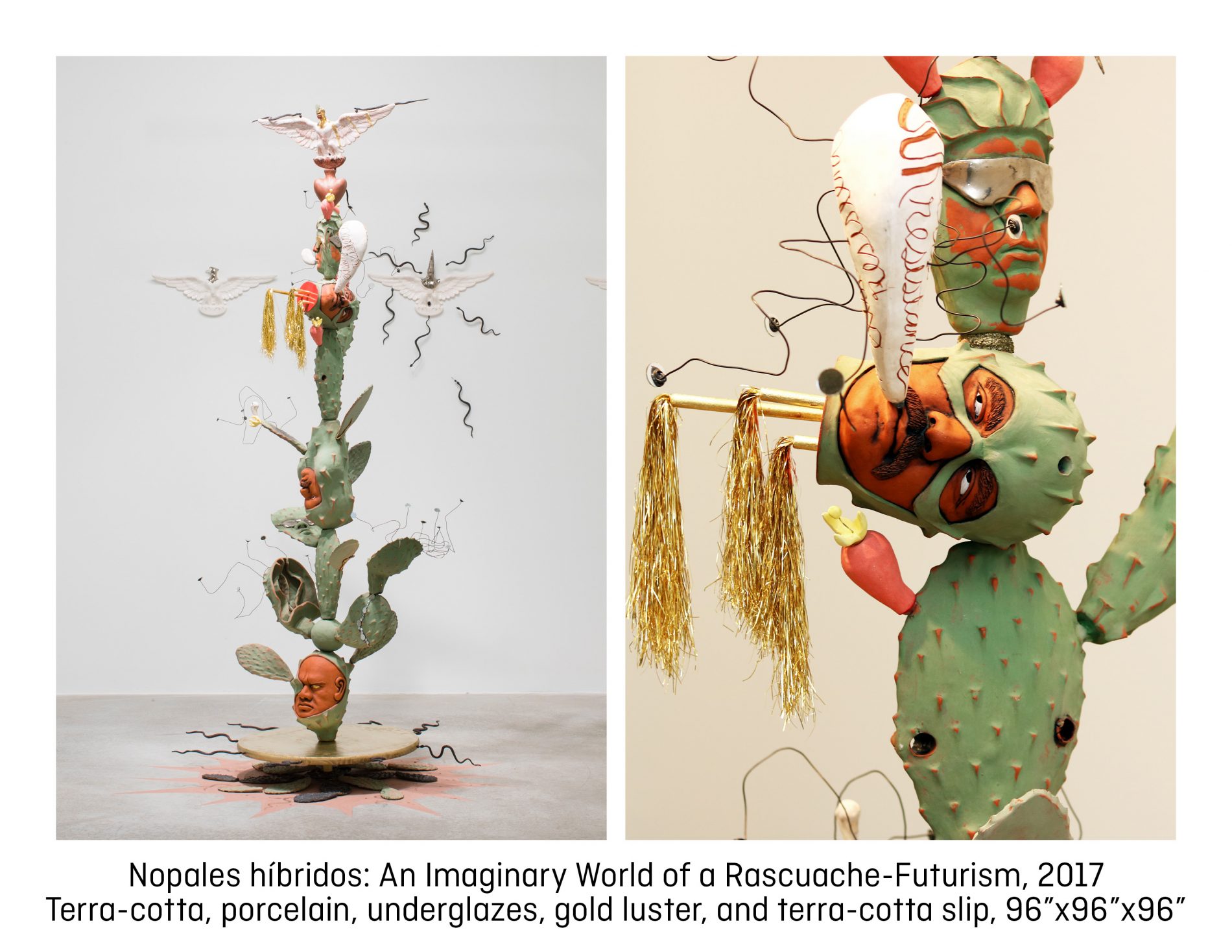 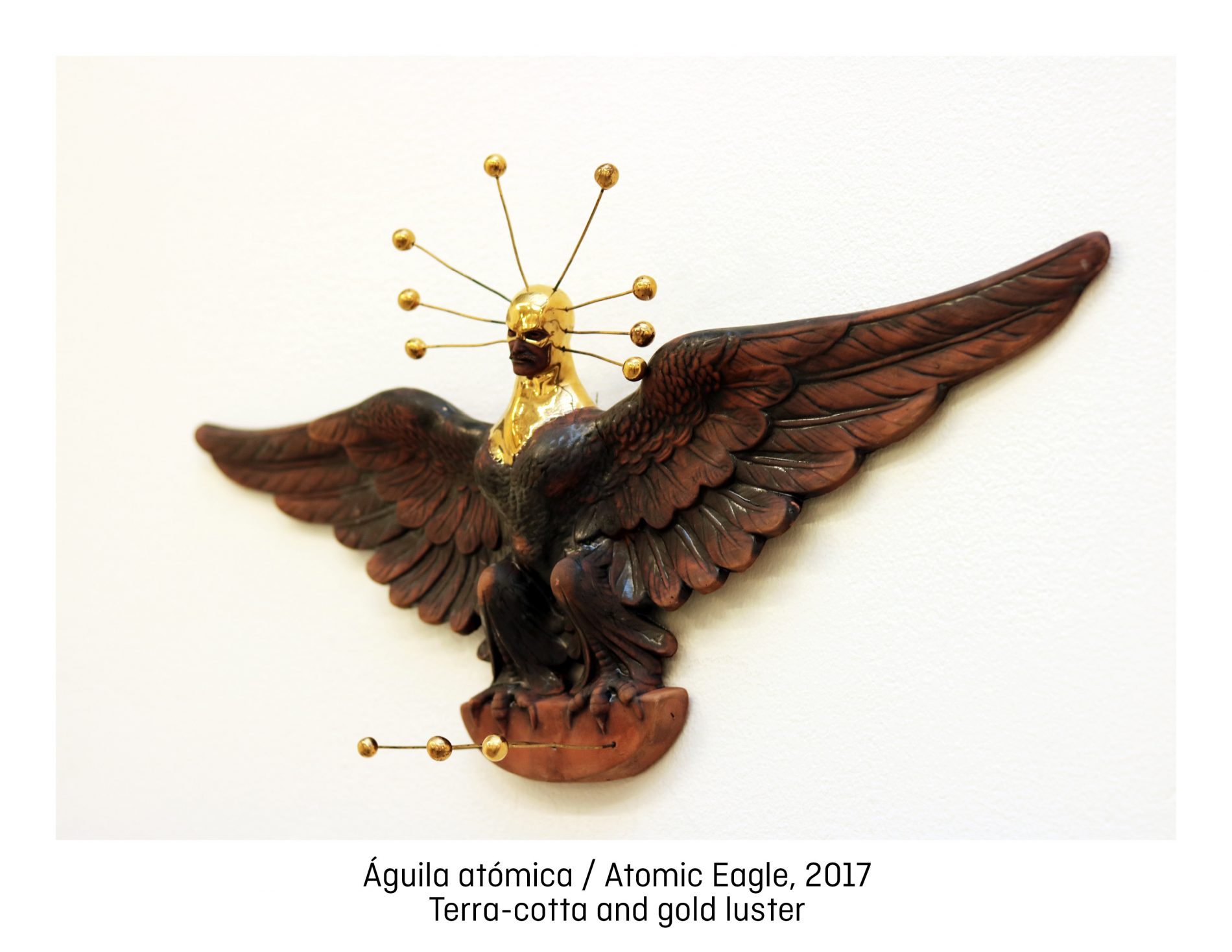 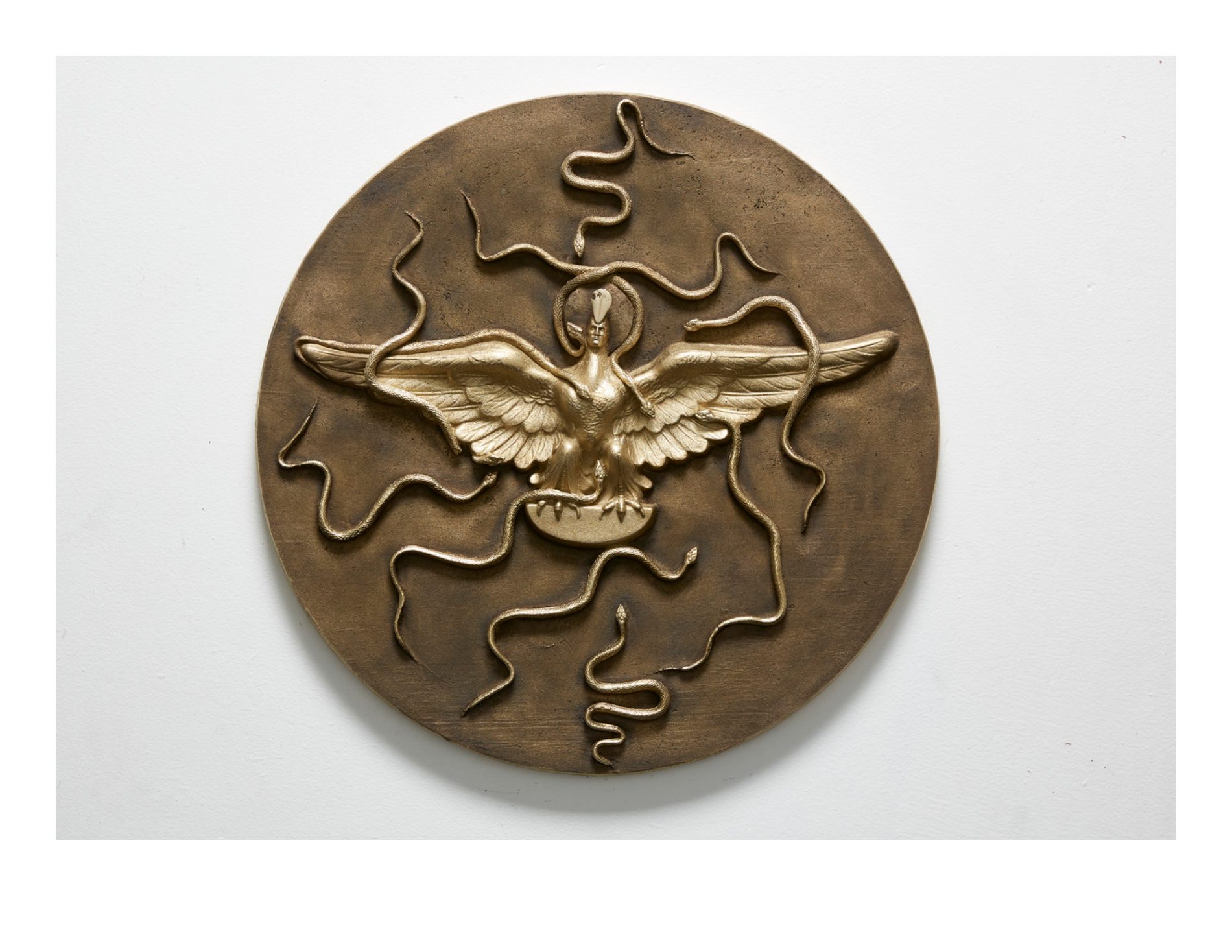 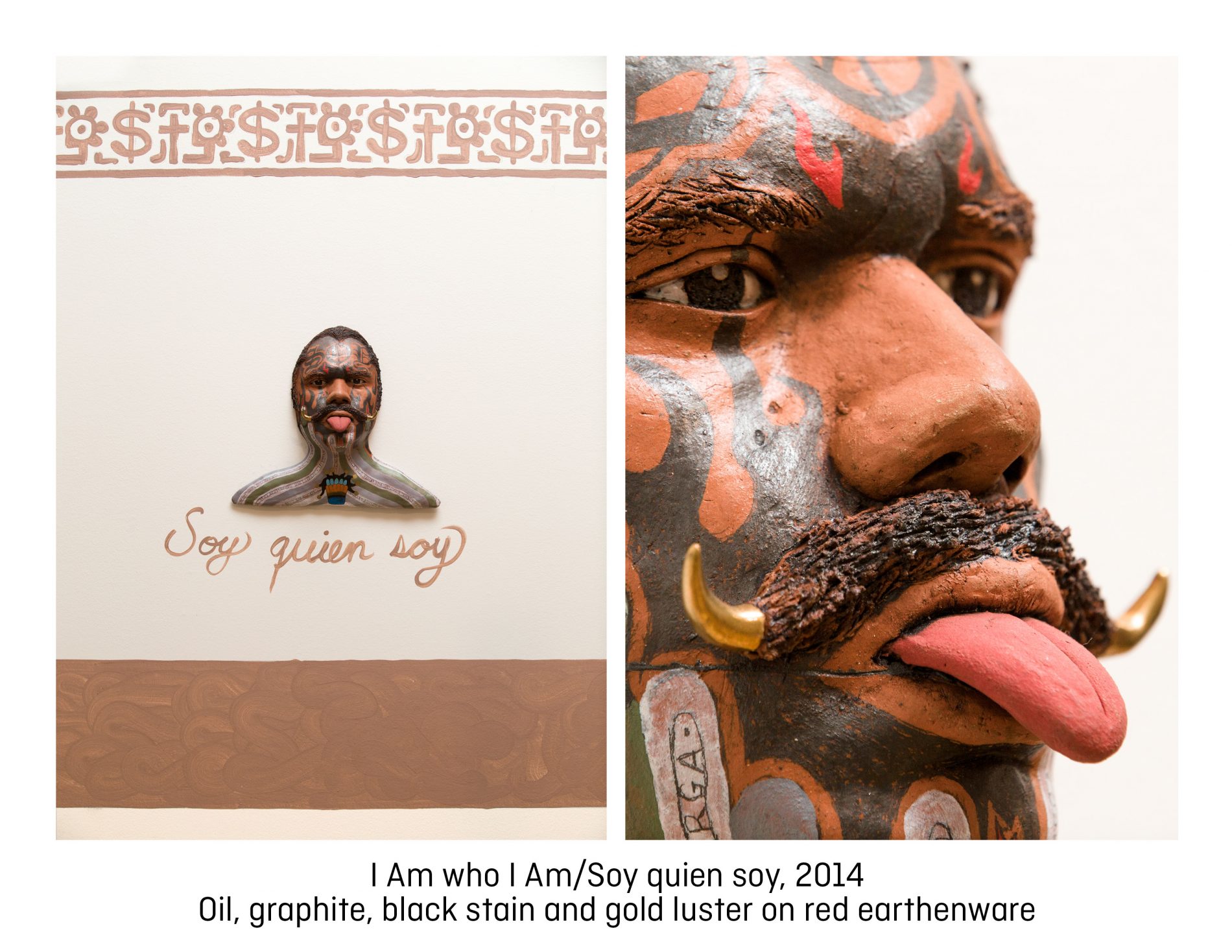 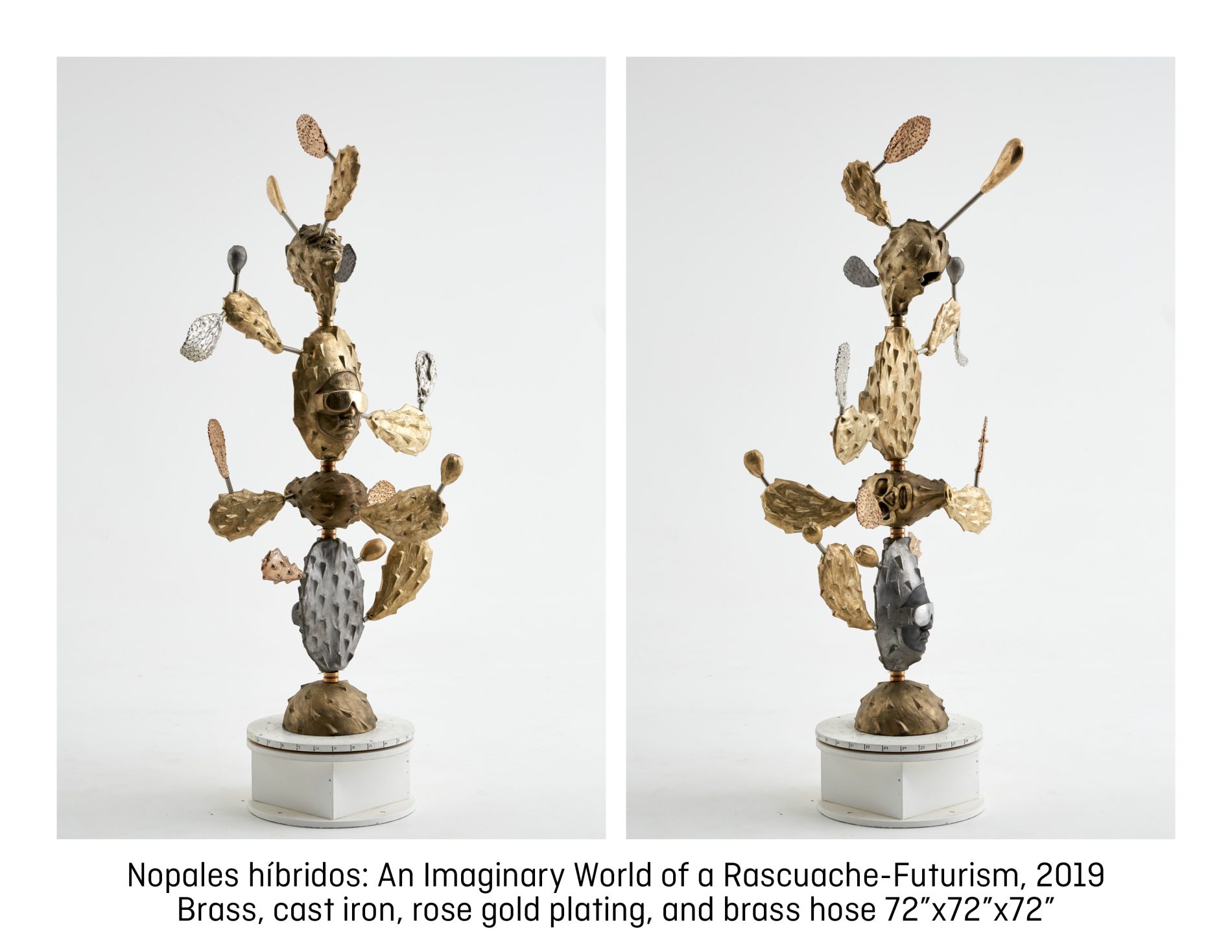 All over the world, we identify people by their physical appearance, residue of colonial labels still persists. As an artist of color, I might be forced to identify with one, many, or none of the labels assigned to me, such as Latino, Chicano, American, etc. The act of resistance starts when we fight against those who attempt to prevent us from growing. By reimagining what an alternative future could look like through my art, I seek to resist labels put on myself and other people of color.

The move from a rural town in México to a major metropolis in the United States had a tremendous impact on my life and my art. At first, art was merely a way of coping with the transition, but due to my limited English in those early years, art eventually became a tool for self-expression. In my work, I document the journey of adapting to life in the United States, all while looking back at what I left behind in México.

My work explores the politics of identity, the state of double consciousness, and the outlook of “the other.” I address issues of colonization, migration, history, cultural appropriation, and futurism. I create hybrid portraits that represent my anxieties of living in a constant state of double consciousness where I feel like my identity is divided into parts. The challenge of being bicultural and bilingual is that I live concurrently in two different worlds. I adapt to both worlds, but adapting involves losing some part of myself in order to grow. I embrace these two worlds in my art, melding visual and cultural references from both to produce artwork with a magical realism twist.

My work reveals this hybridity. I draw on elements of Afro-Futurism, Funk Ceramics and Robert Arneson’s satiric comedy and powerful ceramic self-portraits, as much as the music and films by Sun Ra and Mexican singer-songwriter Rodrigo González, also known as the “Nopal Prophet.” I am drawn to how these artists created their own imaginary world through their art. I use these influences to create my own imaginary world of Rascuache-Futurism where I can articulate pre-Columbian, colonial, and postcolonial histories and aesthetics through ceramics.

Clay as a material has a physicality that immediately evokes the past and gives infinite possibilities to visually create a future. I use clay because its versatility and intuitive nature allow me to translate my ideas quickly into tri-dimensional forms. Through mainstream media and most science fiction content, the future is typically imagined as white. People of color have been erased from the future. I am trying to imagine and create a future where the good guys look like me, with the hope that others will be able to see themselves in this future as well.