Movies in the Lot: Filmfront 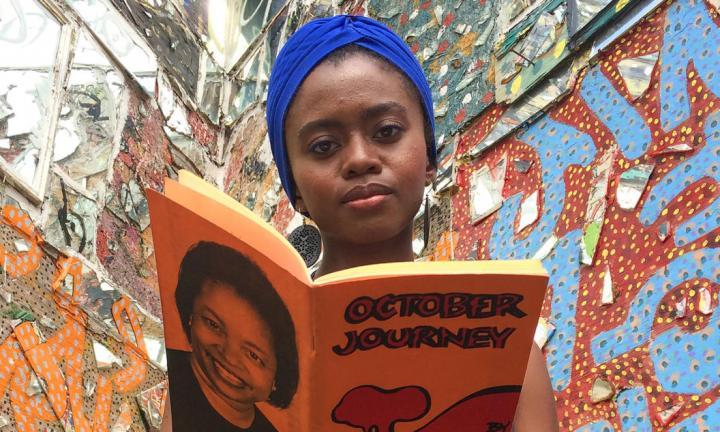 Join us for our July Movies in the Lot with Filmfront!

Fluid Frontiers is the fifth and final film in the series entitled The Diaspora Suite, exploring Asili’s personal relationship to the African Diaspora. Shot along the Detroit River, Fluid Frontiers explores the relationship between concepts of resistance and liberation, exemplified by the Underground Railroad, Broadside Press, and artworks of local Detroit Artists. All of the poems are read from original copies of Broadside Press publications by natives of the Detroit/Windsor region, and were shot without rehearsal.” —Video Data Bank (distributor)

Set in Charlottesville during the early 1990s, Pride follows a young college journalist and editor as she finalizes stories for the latest issue of Pride, a student-run newspaper at the University of Virginia. Over a hectic two-day period, she puts the finishing touches on the upcoming issue as well as reflects on her aspirations as a writer. Despite the looming deadline, she moves with a calm confidence. The film screens courtesy of the filmmakers and Picture Palace Pictures.

Three women declaim excerpts from Gerda Lerner’s book Black Women in White America (1972), from memory, to the camera. Shot in the South Side of Chicago, this simple gesture summons up several stories of African-American women during the time of slavery. While confrontational, there is pride in the women’s delivery. The film appears courtesy of the artist.

Filmfront is a cine-club located in chicago’s pilsen neighborhood. selected programs draw from overlapping spheres of global, classic, documentary, experimental and local cinema. since 2019 filmfront has shared a storefront with sister project Inga, a bookshop focused on independent and alternative publishing.

This program is in partnership with our Artist Run Chicago Fund.