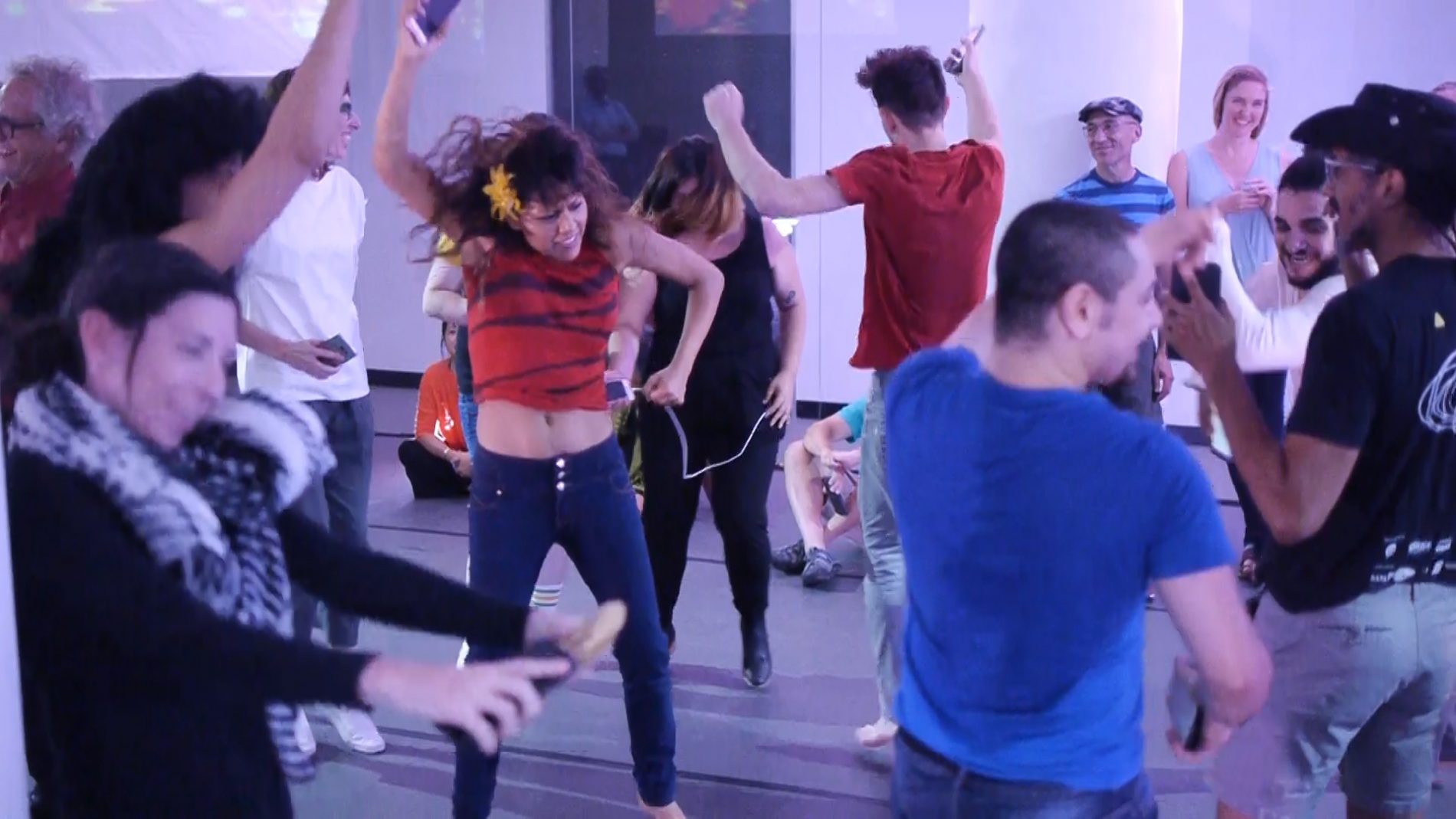 Stay after the lecture demo from 7:00 – 9:00 PM and enjoy a musical set mixed live by award wining Egyptian electronic music composer and Mycelial collaborator, Ahmed Saleh. Saleh’s latest album is inspired by Electro-Chabbi beats developed during and inspired by the Arab Spring. Upstairs and in conjunction, a community dinner will take place for the Jackman Goldwasser Visiting Residents Yane + Hristina.

Developed through a series of one-to-one cultural exchanges between Egyptian and American musical composers, dancers, technologists and new media artists, Mycelial: Street Parliament, is an interactive exhibition that examines civic participation, social movements and interconnectedness in the digital age.

The work presented in Mycelial: Street Parliament draws on data obtained from the original digital expressions (text messages, images, emojjs, etc.) of activists involved in Arab Spring and Occupy Wall Street to ask whether art and technology can create an a cultural experience that resembles the physical and emotional sensations of a social uprising. What are our embodied experiences of occupation and revolution? Where does resistance live outside of kind acts towards one-another or protests?

Mashi is Ahmed Saleh’s upcoming album, inspired by many influences from, the orchestration of the Egyptian pop music during the 80th to psychedelic and folk, Mashi is like a voyage from loudness to calmness and back, a collection of genre-blurring, heavily percussive sounds, encompassing trip hop, rough beats, raw sounds, and a whole lot in between.

Ahmed Saleh is a musician, composer and sound artist from Alexandria, Egypt.

He had become one of the spearheads of the Electronic music scene in Egypt. (Press – Cairoscene Magazine – March 2015) As a founding member of Telepoetic band, had become one of the spearheads of the electronic/rock scene in Egypt. His sound is very organic though it’s an instrumental electronic project, it’s a mixture of many audio materials and his whirling beats and tight grooves. He composed the soundtracks for many independent movies, Contemporary dance shows, documentaries and Theater. Saleh’s music had been featured on many radio stations in Poland, Germany, France, London and Egypt.