The Body in Practice: An Evening of Performances 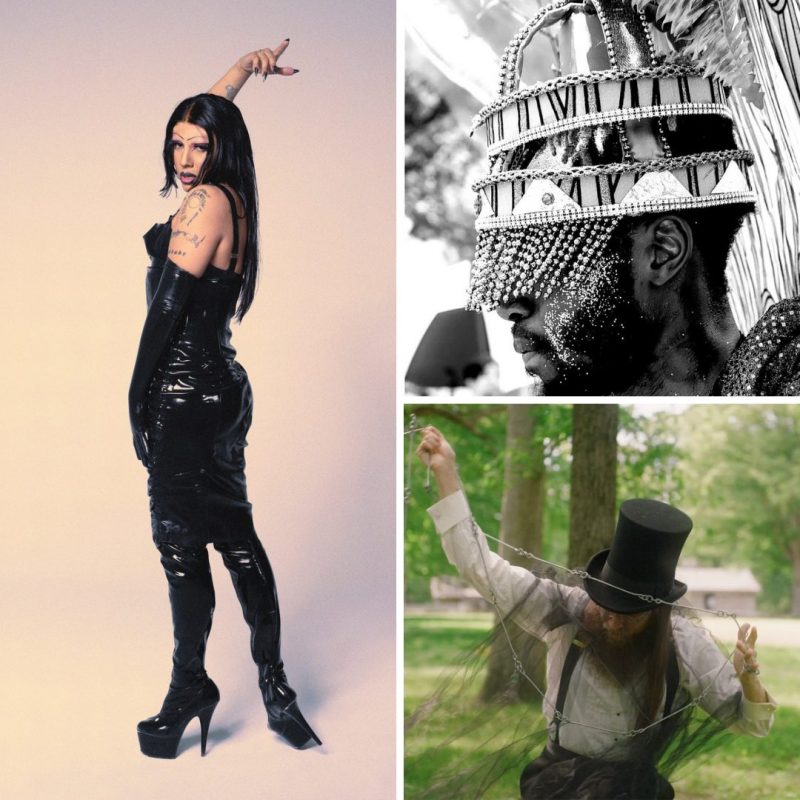 Join Ground Floor artists, Ále Campos aka Celeste, Ajmal Millar aka MASMAN, and Corey Smith for an evening of performance. Through performance based practices, these artists utilize their bodies and alter personas to explore the evolution of themselves and others, alternative worlds, and personal and cultural histories.

Register for the event here.

About Ále Campos aka Celeste:

Ále Campos (also known as Celeste) and is a multi-disciplinary artist and performer currently based in Chicago, IL, where they recently received an MFA in Performance from The School of The Art Institute of Chicago. Their body of work is elastic in nature, stretching across a variety of modalities, mediums and presentational formats/venues. Their studio practice rests within a commitment to drag and their persona, Celeste and therefore is fortified by my role as curator, producer and host of a variety of happenings and events that center drag and queer performance. In 2018, I started a still-standing, monthly queer performance evening in Hudson, NY called Queer Night of Performance; it continues to nurture a wide range of live queer acts and is a staple of the town. In the summer of 2020, I received a grant from the City of Hudson, NY to design and create a queer operated, mobile stage project called HI-BEAM, to host and financially support a variety of artists and performances outdoors during the pandemic. In July of 2021, me and a collaborator published a large archive of images and texts from the Queer Night of Performance series, in the form of a book through Printmedia Institute with the support of Buddy Chicago. After arriving in Chicago to complete my MFA, in October of 2021, I was invited by Guillermo Gómez-Peña to perform with the legendary performance troupe, La Pocha Nostra at Jane Addams Hull House for a durational activation of his Casa Museo exhibition. In December of 2021, I was invited to co-curate a night of drag and dj sets by queer, BIPOC artists with Jeffrey Gibson at Kavi Gupta Gallery in Chicago, IL.

About Ajmal Millar aka MASMAN:

Ajmal ‘MAS MAN’ Millar was born on June 30, 1986 in Brooklyn, NY. He is a self-taught contemporary visual artist and mas man (carnival costume designer). His work is multidisciplinary including installation, paintings, and mixed –media sculptural works that combine collage, painting, re-purposed material, scrap metal, performance, and photography. He interrogates notions of cultural heritage, sexual and gender identity, and ritual practices as a first-generation African American black queer man born to Trinidadian immigrants. He earned an undergraduate degree from Morehouse College in 2008 and earned an MFA from The School of the Art Institute of Chicago in 2021. Currently, he lives and works in Chicago.

Corey Smith is a composer, writer, and performer from Chicago, Illinois. They have been an artist in residence at High Concept Labs, the University of Illinois Springfield, Light Box Detroit, the Tallgrass Prairie National Preserve, the Iowa Lakeside Laboratory, and Grin City. Their work has been seen at Links Hall, the Detroit Fringe Festival, Frank Lloyd Wright’s Emil Bach House, and numerous venues around the USA. Their longstanding project, The New Prairie School, has been featured by Architectural Digest.

Corey is an avid collaborator and has worked in various capacities as sound designer, director, performer, composer, and devisor with artists such as Lia Kohl, Jasmine Mendoza, Every House Has a Door, Rough House Puppet Theater Company, the Suburban Piano Quartet, Lindsey Barlag-Thornton, among many others. They received an MFA in Performance from the School of the Art Institute of Chicago.