The Burning of Loving Repeating with Movies in the Lot 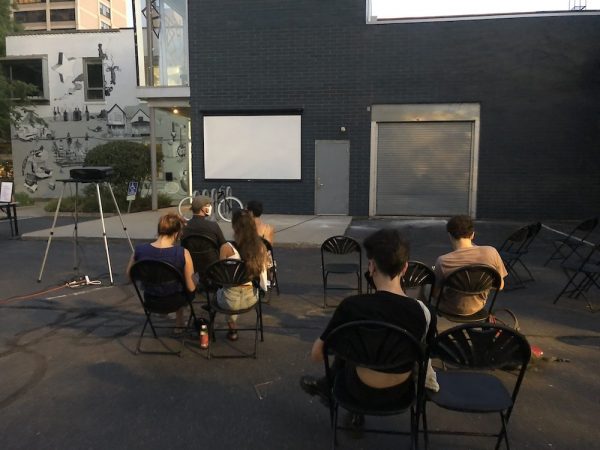 Join Loving Repeating artists Stan Shellabarger and Dutes Miller for a ceremonial burning of the work accumulated during their exhibition. Following the burning will be film screenings inspired by the themes of the exhibition curated by Nightingale Cinema, an experimental artist-run cinema.

The Burning will take place from 7-8pm, followed by the screening.

According to Miller & Shellabarger, “Speaking both to common experiences of intimacy as well as the specifics of queer identities, we attempt to document the rhythms of relationships. The title of the exhibition comes from Gertrude Stein’s novel The Making of the Americans. Stein’s discussion of the way in which life, history, and time is formed and understood is emblematic of our own relationship: Life is made of small, repeated gestures, and each repetition accumulating over time equals history. Our work tries to document the intimacy of these small and repetitive moments in a variety of ways.

This event is in partnership with our Artist Run Chicago Fund.