The New Futurists: On Afro-Indigenous and Latinx-Futurism 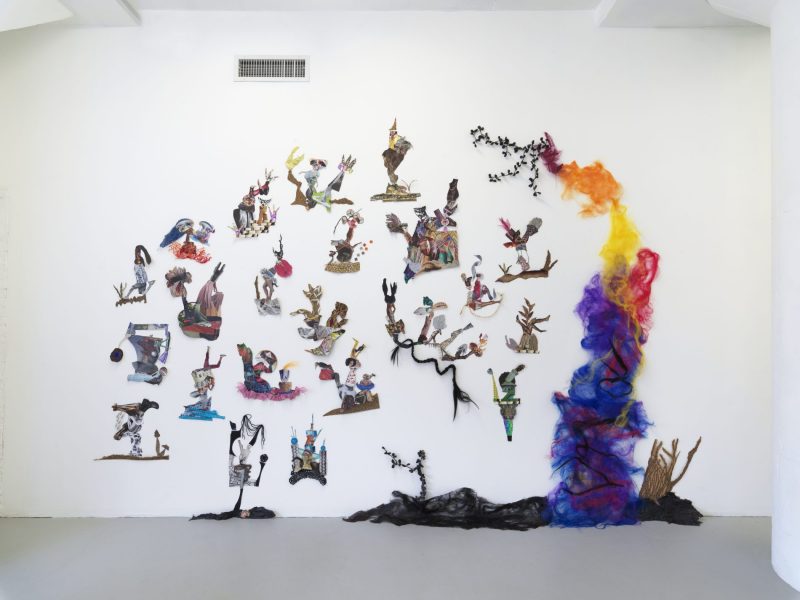 Center Program and Dream Exhibition artists, Teresita Carson Valdéz, Monica Rickert-Bolter, and Cydney M. Lewis, Cecilia Beaven, will discuss their works featured in the Dream exhibition, and what it means to incorporate and transform the cultural heritage within their work and imagine the future and mobility of a cultural aesthetic for a new world.

Teresita Carson (b. Mexico), is a Chicago-based artist working in moving image, photography, printmedia, fiber, sound and installation. Her films have been screened at film festivals and curated film exhibitions at the Museum of Contemporary Art of San Diego. Recent venues presenting Carson’s work include Adds Donna Gallery, Mana Contemporary, Sullivan Galleries, Moving Image at ACRE, Spudnik Press Collective, Czong Institute for Contemporary Art, Ugly Gallery, and Hyde Park Art Center. She is director of the project space INTERSECT, which exhibits and supports artists making time-based work. She holds a BFA from SAIC and is an MFA candidate at the University of Illinois Chicago (UIC).

Monica Rickert-Bolter is a Chicago-based visual artist of Potawatomi, Black, and German descent. Her artwork consists of traditional mediums, such as charcoals and pastels, graphic design, and digital coloring to create expressive characters and tell diverse stories. After her undergrad, Monica became involved with Native nonprofits, where she combined her love of art and education to develop youth programs and resources, including illustrating children’s books. She advocates for cultural representation and serves as a consultant for various institutions and organizations. Her artwork will be featured in upcoming exhibitions at The National Museum of the American Indian and The Field Museum.

Cydney Lewis began in architecture, receiving a BS in Architectural Studies from University of Illinois Urbana Champaign and studying at the L’ecole D’architecture des Versailles, France. Her art is held in private collections around the world and has been exhibited at the Union League Chicago and the Ukrainian Institute of Modern Art. She has attended residencies at Tiger Strikes Asteroid Chicago and Lyseloth Musikerwohnhaus Basel, Switzerland. Her awards include 3Arts Make A Wave 2021 and the Black Creativity/Green Art Award from the Museum of Science and Industry. Lewis is a member of Tiger Strikes Asteroid Chicago. https://www.cydneylewis.com/

Cecilia Beaven is a visual artist from Mexico City based in Chicago. Cecilia holds an MFA in Studio-Painting and Drawing from SAIC which she coursed as a Fulbright scholar and a BFA with honors from ENPEG La Esmeralda (Mexico City). Cecilia’s multidisciplinary artwork has been shown in solo shows in Mexico City, Houston, and Chicago, as well as in group exhibitions in the US, Colombia, Sweden, Italy, and Japan. She has painted public murals in several cities such as Hiketa, Paris, Houston, Chicago, Mexico City, Oaxaca, Pachuca, Tepoztlan, and Tijuana, where she was commissioned to paint a segment of the border wall between Mexico and the US in the Tijuana-San Diego region. Cecilia has been awarded a Fulbright grant, the Leroy Neiman Foundation Fellowship at Ox-Bow School of Art (Michigan), the Radicle Residency at Hyde Park Art Center (Chicago), as well as the Center Program Fellowship at Hyde Park Art Center (Chicago).