Toolbox @ Twenty performance by The Seldoms and Conversation with Jackie Kazarian, Dee Alaba, and Maggie Vannuci 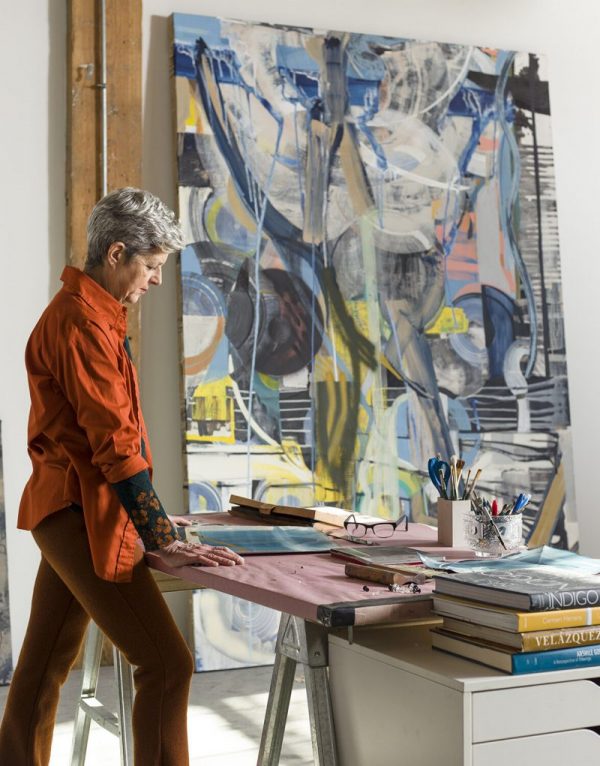 Join us for a dance performance for Toolbox @ Twenty followed by a conversation with artist, Jackie Kazarian, and dancemaker Maggie Vannucci with a live music performance from Sima Cunningham.

Experimental dance troupe, The Seldoms reinvigorate their program by partnering with visual artists to create unique multidisciplinary art installations that are activated by choreographed bodies. Titled Toolbox, the program pairs a dance artist with another creative practitioner to collaborate on a new combined work and share their processes, techniques and values with one another. From this conversation, the dancemaker identifies one essential word that undergirds the visual artist’s practice, and translates it to a choreographic one.

This performative installation and exhibition marks the Seldoms’ twentieth year of performance in Chicago. The dancer/ artist pairings include Damon Green/Sadie Woods, Sarah Gonsiorowski/Jacqueline Surdell, Carrie Hanson/Edra Soto, and Maggie Vannucci and Dee Alaba/Jackie Kazarian. This exhibition is curated and choreographed by Carrie Hanson, Director of the Seldoms in collaboration with Allison Peters Quinn, Director of Exhibitions at Hyde Park Art Center.

Jackie Kazarian’s paintings, works on paper, and installations have been exhibited in galleries and museums worldwide and are in many permanent collections, including the State of Illinois Art Museum, Rockford Art Museum, DePaul University Art Collection and the United States Embassy, Armenia. Kazarian served as an art envoy for the U.S. State Department in Syria (2011) and Kuwait (2017) and was a 2009 fellow at the Ellen Stone Belic Institute for the Study of Women and Gender in the Arts and Media at Columbia College. She received an MFA from the School of the Art Institute of Chicago and a BS from Duke University.

Maggie joined The Seldoms in 2018, and has regularly led company training, teaching
somatic – based release techniques and exploring mind – body connections. Maggie received her MFA with distinction in Contemporary Dance Performance through the postgraduate program VERVE led by Matthew Robinson in Leeds, UK, and later toured and performed around the UK and Europe. She received her BFA in contemporary dance at London Contemporary Dance School, and is an international ambassador for recruitment for Northern Schoo l. Maggie has recently performed with independent Chicago choreographers Erin Kilmurray and Hannah Santistevan. She teaches dance and yoga at various locations in Chicago, and teaches in the dance department at Northwestern University.

Sima Cunningham is Chicago-based musician, producer, and presenter. Over the past 15 years she has worked as a recording and touring musician with Jeff Tweedy, Richard Thompson, Iron & Wine, Chance the Rapper, Twin Peaks, and been featured on over thirty records. She co-owns a recording studio in Chicago, Fox Hall, where she produces records for her own projects and other artists.

In 2015 she co-founded the experimental indie-rock band OHMME, which has been celebrated as “the heart of the Chicago music community”. OHMME has since released three records including a self-titled EP and the acclaimed LPs, Parts and Fantasize Your Ghost (Joyful Noise Recordings). The band has been featured on NPR’s Tiny Desk Concert, Pitchfork, Paste, Chicago Tribune, Spin, Interview, and Rolling Stone. Over the past 15 years, she has released LPs, EPs, and singles as a solo artist and has a forthcoming solo album due in 2022.

An Armenian-American artist and descendent of genocide survivors she has focused much of her work on building connections and healing divides through music. Over the last ten years, she has traveled to Armenia and the Caucasus to perform, participate in workshops, and foster creative cross-cultural opportunities between artists in Armenia and the United States. Her work as an artist-presenter includes founding a small music festival, Postock, that will celebrate its 15th year in 2022; curating and hosting the I Hear Voices series in Chicago at Constellation; and working as a lead organizer for the Pitchfork Music Festival.