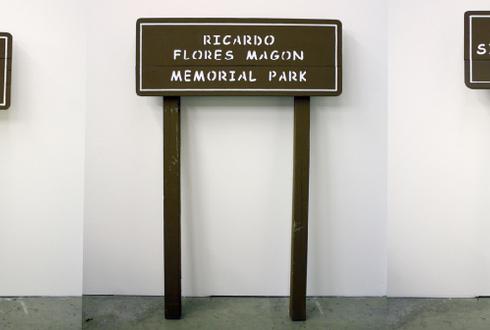 Please join us for a  talk with Jackman Goldwasser Resident artist, Gabriel Martinez from Houston, Texas as he discusses his recent projects around DIY art spaces, music, comics & atomic bomb research. We promise they all make sense together! Come for snacks, sips & synergy.

Gabriel Martinez is an artist, writer, and performer based in Houston, TX. His work interrogates the spatial politics of the city through its history, nomenclature, and the environmental impact of its industries. Martinez explores different models of collaboration across a network of ongoing projects.

He is the author of Soledad, Maybe tomorrow, A Student’s Guide to Stealing, and Badlands. Martinez’ work has been exhibited in Havana, Milan, Houston, and New York. He was the recipient of the Elizabeth Long prize in 2012 and The Idea Fund grant in 2014. Alabama Song, the experimental performance space/collective he founded in 2012, earned a Rauschenberg SEED award in 2016. In March Alabama Song will program performances at the Menil’s Byzantine Chapel and publish the inaugural issue of the experimental journal paratext.

This Residency is part of the 2:2:2 Exchange.