3 1/2 Months of Sundays at the Whale was a show of objects curated by the Ever-So-Secret Order the Lamprey. The exhibit featured creations by members of the group for weekly gatherings at the Whale, home of founder and local artist, Kenneth Morrison. Also on display was a series titled Geniuses Overlooked, altars dedicated to some remarkable individuals in history. The Ever-So-Secret Order of the Lamprey was established in 1998 with the mission of de-emphasizing the preciousness of the object. The group holds weekly meetings where members create objects according to the designated word of the week. Through comic ritual, as well as collaborative support, members are encouraged to explore these new ideas. Its membership includes traditional definition of artists, and includes artists, writers, bartenders, teachers, computer programmers, construction workers, and actors. 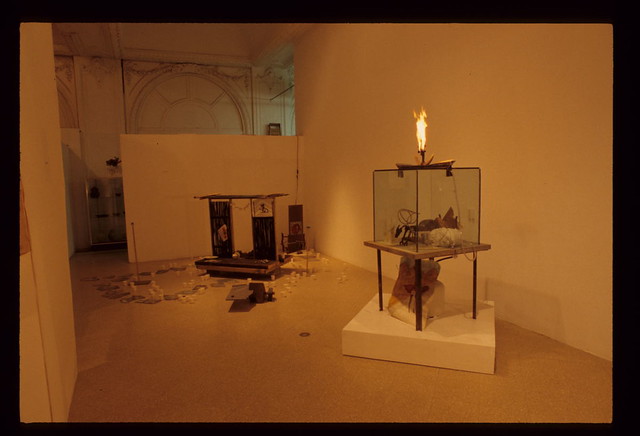