Painter Anna Kunz takes on the physicality of color and light in a large-scale installation.  Manipulating screens, transparency, free-standing board, fabric and paint, Kunz asks the viewer to experience abstract painting through their movement, sight and sound.

Over the past two decades, the Chicago-based artist has been testing the boundaries of formal painting and the white cube gallery by incorporating sculpture, dance, nature, and the human body into her art practice.  Kunz masterfully positions colors together to cause a visual vibration and initiate the social aspect of painting. Colors talk to each other and construct a space that can open up or shut down our own interpersonal conversations as well. In Gallery 1, Kunz will activate painting to consider it’s potential for connecting people and disrupting cultural limitations. 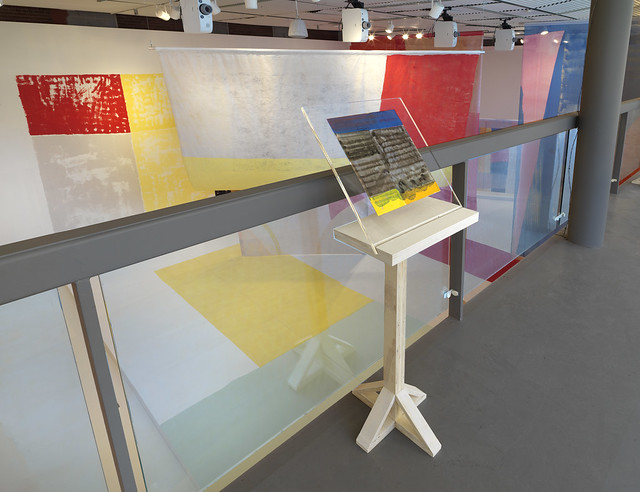 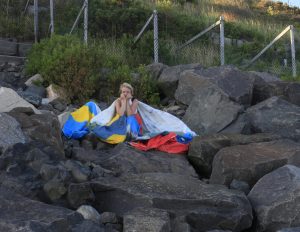 Anna Kunz makes works on paper, paintings, sculptures, installations and projects that seep out of the rectangle, often using painted and dyed fabrics that function like nets to capture and manipulate light and color. These experiential works are often combined with objects or surfaces that add complexity and invite viewers to structure the space in time by walking through them.

Kunz’s work has been included in numerous national and international exhibitions at venues in New York City, Brooklyn, Los Angeles, Houston, San Antonio, the UK, and Poland. Recent exhibitions include Registers at LVL3 in Chicago, curated by Andrew Blackley of Golden Gallery, Luminae at White Box NYC, a group show featuring the work of Louise Fishman and Alexandra Phillips, curated by Juan Puentes, Spectral Landscape at Gallery 400 UIC, curated by John Neff and Pamela Fraser and at The Smart Museum on the University of Chicago’s campus. Kunz has also worked collaboratively with dancers and musicians to create décor for various theatrical and dance productions, namely for the Merce Cunningham Dance Company in 2009 and the SELDOMS in 2012. Kunz has been the recipient of many awards and nominations, from organizations such as Artadia, the Fund for Art and Dialogue, The Louis Comfort Tiffany Foundation, the Richard H. Driehaus Foundation, the Rema Hort Mann Foundation in New York City, the Emerging Artist award from the National Museum of Women in the Arts in WA, D.C, The Skowhegan School of Painting and Sculpture and The Marie Walsh Sharpe Residency NYC 2010.