Pushing Ink is the first ever solo silkscreen exhibition of Art Center student-turned-artist Barlow Nelson. In his mid-70’s, this exhibition celebrates the artist’s most systematic and vibrant works on paper yet.  Nelson has a unique way of marrying advertising design with vibrantly colored geometric shapes to create a level of simple abstraction. Magazines, newspapers, and his own photographs all become source images for Nelson’s photo transfer prints. For the last two decades Nelson has continuously explored printmaking techniques, most recently as a student of Chicago printmaker and Hyde Park Art Center teaching artist Elke Claus. Over the years, Nelson has formalized a consistent vocabulary of geometric shapes and complicated layers of color, which enables him to give new life to found images. 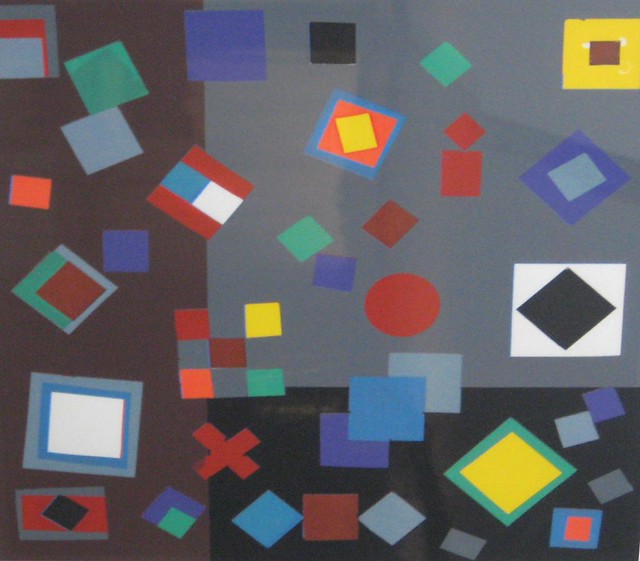 "What I strive for, in most instances is to create an impression of a familiar object expressed in bold colors."

Nelson’s interest in the representation of ordinary objects derives from his curiosity about the ways in which objects and memories are assessed. The imagery employed in Nelson’s artworks ranges from serious to humorous and often takes inspiration from items or images that the artist encounters daily either in person or through the internet. 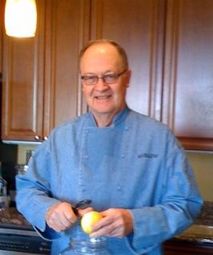 Barlow Nelson was born in Tulsa, Oklahoma. After graduating from Dartmouth College, he served as an officer in the U. S. Navy then returned to study at the University of Tulsa, College of Law. He practiced law for 42 years, while also taking serigraph classes at the Philbrook Museum, University of Tulsa, and the Lachenmayer Arts Center. After retiring in 2007, Nelson moved to Chicago where he began taking regular silkscreen classes at the Hyde Park Art Center. His work has been shown in group exhibitions such as Broad Shoulders and Brotherly Love (2008) at the Art Center.