Memoria (Memory) is the first major exhibition of artwork by Bibiana Suárez in ten years. The midcareer Chicago-based artist has worked diligently since 2005 on this provocative series of 108 mixed media paintings that borrow the format of the pair-matching Memory game to discuss the “latinization” of US culture. The exhibition applies the idea of memory and placement in the card game to the demographic patterns of Latinos in the U.S. and the political issues that surround the history of their immigration here. Suarez attempts to call the public to “play”, “remember”, “concentrate” and ultimately learn about and interact with those interwoven histories through this epic body of artwork.

Additional support has been provided by various faculty grants from DePaul University, including a fellowship this year from the Center for Latino Research at DePaul. 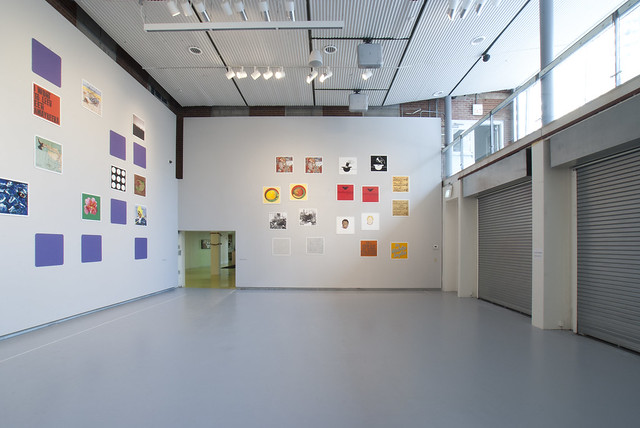 Similar to her well-known previous series of work Domino/Dominó, Bibiana Suárez uses the format of the game in the Memoria (Memory) installation to draw our attention to the history of exchanges- sometimes amicable and other times confrontational- between Latinos of different origins and mainstream American culture. Both playful and conceptually rigorous, the uniformly shaped square panels will be displayed as a game in progress revealing the shifting nature of memory, place, and identity regarding ¬what has become the largest minority group in the United States. The exhibition will be accompanied by a program of public events and a catalogue with an interview of Bibiana Suárez by Allison Peters Quinn, Director of Exhibitions at the Hyde Park Art Center to be released in March 2012. By 2020 it is estimated that 47 million Latino Americans will be living in the United States. This growing population of Latinos is diverse; Mexican Americans, new Mexican immigrants, Chicanos, Puerto Ricans and Cubans. As Suárez describes it, these groups represent a mestizaje and hybridity that is compounded by differences in social status and upbringing that define the Latino community within the United States. With the recent increase in state immigration laws, fence-building initiatives, and a generation of undocumented college student activist “coming out” in recent demonstrations, Suarez’s re-emergence after ten years is timely and her new installation is a crucial addition to the current national dialogue. A symposiumwas held in conjunction with the exhibition and is accessible to download through the public WBEZ archive, Chicago Amplified.  Titled Play, Concentrate, Remember: The Interwoven Histories of Latinos and Mainstream USA , the symposium presented a broad range of distinguished scholars in the fields of art history, anthropology, cultural studies, political science, and sociology engaging in an interdisciplinary dialogue about a number of the themes and issues raised in Memoria (Memory).

Special thanks to MartinJon of ChicagoArts for providing the video work.

Bibiana Suárez has been making paintings and drawings that address the psychological, political, and social conditions inherent to the immigrant experience in the United States since 1980. She was born and raised in Puerto Rico and moved to Chicago to earn a Bachelor and Master of Fine Arts degrees in painting and drawing from the School of the Art Institute of Chicago. Her work has brought her much recognition, including three Illinois Arts Council Individual Fellowships, an Arts Midwest/NEA Regional Fellowship, and an Artist in Residence Fellowship from the University of Chicago’s Center for the Study of Race, Politics and Culture. She has exhibited extensively in the United States as well as in Puerto Rico and Mexico. Her most notable solo exhibitions include Domino/Dominó at El Museo del Barrio (1998) in New York and the Illinois Arts Gallery (1999) in Chicago and Island Adrift: The Puerto Rican Identity in Exile at Taller Puertorriqueño in Philadelphia (1993). She has been a guest lecturer, panelist, and visiting artist at a number of institutions and is currently a professor of art in the Department of Art, Media and Design at DePaul University (Chicago) where she has been since 1989. 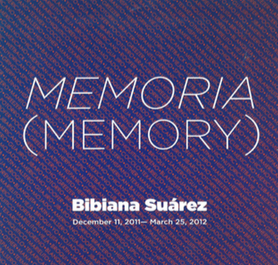