For the past year, David Leggett has created an artwork a day for his blog project Coco River Fudge Street, named after a fictitious location invented by the artist “to sound funny, dirty, and tasty at the same time.” His drawing blog has features including By Request Tuesdays, where anyone can email him a suggestion topic for a work and Old School Fridays, which he features a drawing he is particularly embarrassed about from his undergraduate body of work. All of the other days are filled with enticing artwork in an authentic style he has been cultivating over the past several years. The works primarily on paper chronicle Leggett’s comically dark thoughts and musings on current events in pop culture, his personal relationships, and casual conversations he has overheard between strangers on the street, L train, or at parties and other locations. 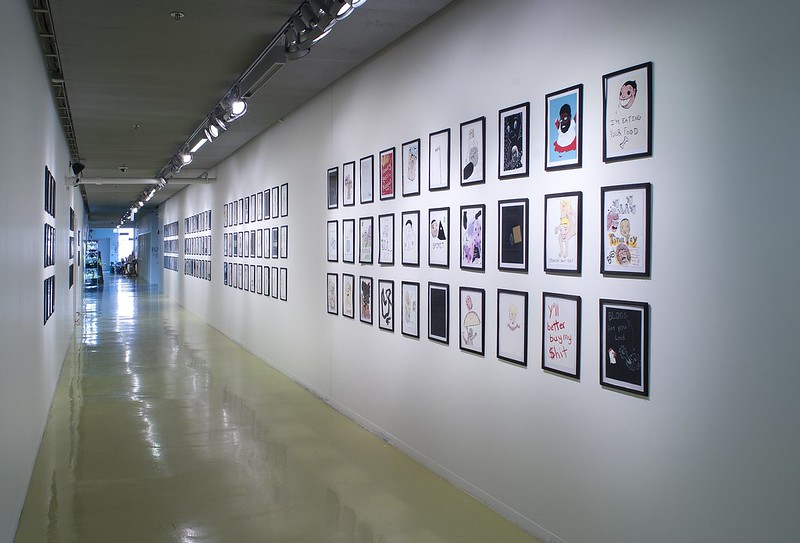 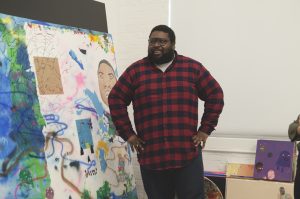 Born in Massachusetts, David Leggett moved to Chicago in 2003 to study painting and drawing at the School of the Art Institute of Chicago, where he received a MFA. He is the recipient of several awards for his artwork, including the Fellowship Award for Skowhegan School of Painting and Sculpture and the 3Arts Visual Artist Award. His work has been exhibited throughout the United States at the Pittsburgh Center for the Arts, the New Museum of Contemporary Art (NY), and Sound Alternative Space for Contemporary Art (TX), as well as around Chicago at Western Exhibitions and 65 Grand. 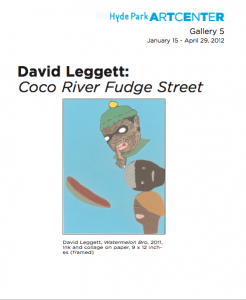