Queer Interiors and Phthalo Blue, an impressive new site-specific wall painting by David Lozano, enlivened the foyer of the Art Center in the summer and early fall. The title of the show references the electric color phthalo blue or Phthalocyanine, a synthetic pigment that Lozano favors in his paintings for its brilliant and intense quality intended to create a euphoric mood in the space. For the Art Center, Lozano used the two floors of the entrance area to compose a double-decker large installation of wall paintings wrapping seductive glimpses of bodies and bedrooms in drapes of rich color. “Queer sublime” is the term the artist uses to describe his saturated color paintings that infuse ornamentation and texture with erotically-charged scenery. According to the artist, this style of painting provides a way of navigating through the pop cultural wasteland that is so heavily influenced by gay culture and vice versa.

This installation was supported in part by a Chicago Artist Assistance Program grant from the Department of Cultural Affairs for the City of Chicago. 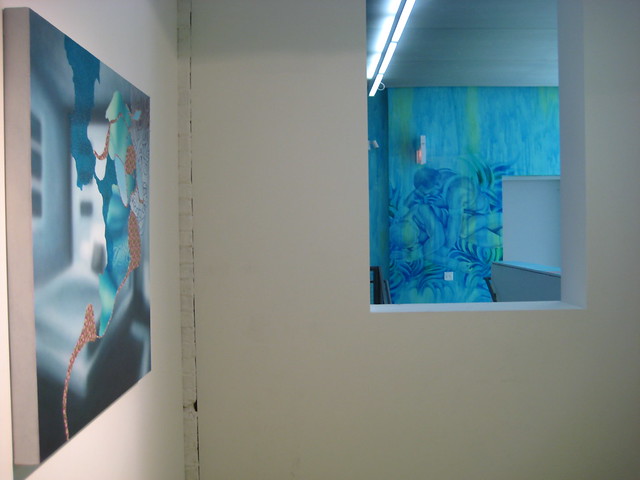 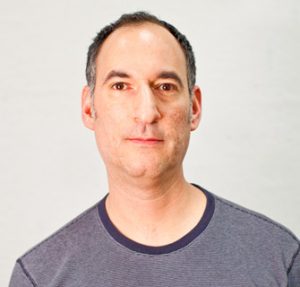 David Lozano received a BFA in Painting from the University of Houston in 2001 and an MFA in Studio Art from the University of Illinois at Chicago in 2003. His work has been shown at Zolla/Lieberman Gallery in Chicago. He is the recipient of the Joan Mitchell Foundation Painters and Sculptors grant (2004). Lozano currently teaches painting, drawing, and digital media at the School of the Art Institute of Chicago.