Chicago-based artist Sara Black and Aotearoa New Zealand artist Raewyn Martyn transform Hyde Park Art Center’s Gallery 1 into an immersive built landscape constructed in response to the far-reaching timber industry that grew out of the south branch of the Chicago River. The exhibition, “Edward Hines National Forest,” introduces a site-specific installation that traces the material processing of trees, from plant to lumber and cellulose, to produce hybrid forms that expose the complex relationship between people, human-made objects and the natural ecosystem.

“Edward Hines National Forest” will create a temporary extension of the existing catwalk above the gallery space, enabling visitors to walk on and through the sculpture and painting. The lumber used to build the structure, as well as the cellulose extracted to create the biopolymer paint, are both derived from red pine trees exposed to the fungus Diplodia pinea. These trees from Hayward, Wisconsin are genetic descendants of the old-growth Northwoods, now fully deforested by the Edward Hines Lumber Company during the late 19th and early 20th Century, headquartered in Chicago. The disease is an artifact of such extractionist practices and the global trade of Diplodia-exposed nursery plants.

Adapting the values and functions of a National Forest System, “Edward Hines National Forest” recognizes ongoing land use by humans as connected to past, present and future anthropogenic alteration of our ecological and climate systems. As intensive land use continues, government environmental protections are diminished, and the staff of the USDA and Forest Service are censored from using the phrase ‘climate change’. In this exhibition, and the accompanying Use Book, the artists and contributors raise questions about ecological support structures, systems, and even the architecture of democracy itself.

Hyde Park Art Center is proud to be an anchor site for the 2017 Chicago Architecture Biennial, which generously supports “Edward Hines National Forest.” The project is also supported by Creative New Zealand, the arts agency of the New Zealand government, Chicago Community Trust, the Artist Advocates, and Patricia Swanson.

Support for Edward Hines National Forest is generously provided by: 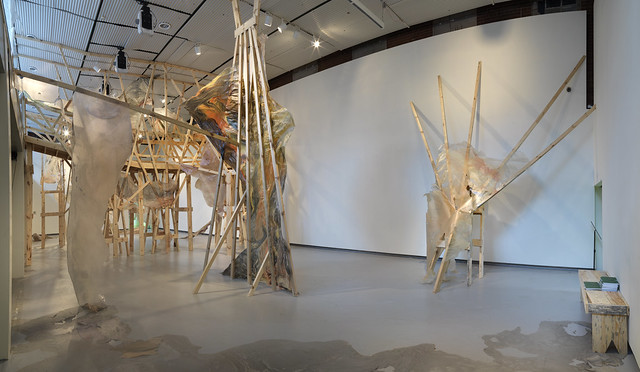 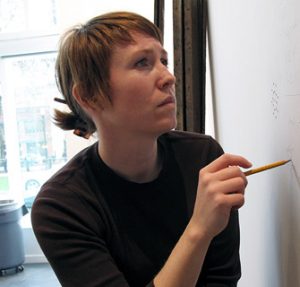 Sara Black’s work uses the conscious processes of carpentry, wood-working and craft as a time-based method; diseased or affected wood, inherited building materials or other exhausted objects as material; and creates works that exposes the complex ways in which beings and things are suspended in worlds together; often generating forms that push beyond human frames of reference. Within her practice she works both individually and collaboratively, most recently with artists Amber Ginsburg and Raewyn Martyn. Sara is currently an Assistant Professor of Sculpture at the School of the Art Institute of Chicago. She has given talks and presented workshops at the MassArt, Harvard University, the Museum of Contemporary Art and more. Her work has been exhibited in a variety of spaces including Chicago’s Museum of Contemporary Art, The Smart Museum of Art, Gallery 400, Threewalls; Portland’s Museum of Contemporary Craft; New York’s Park Avenue Armory and Eyebeam; Boston’s Tuft University Gallery; Minneapolis; Soap Factory; Cleveland; SPACES and more.

Raewyn Martyn makes site-responsive paintings composed and recomposed during attentive occupation of sites and situations. These works change over time and challenge the conventional stability and temporality of painted surface, medium, and site. Surfaces decompose and reproduce; layers become unstuck, material, flexible, or fluid. And new forms graft into the existing site guided by intuition, incident, or psychic and perceptive processes of attunement. Martyn grew up in the South Island of Aotearoa New Zealand and has a BFA Honors from Massey University School of Fine Arts in Wellington, NZ, and an MFA in Painting and Printmaking from VCU Arts in Richmond, Virginia, USA. She was visiting assistant professor of visual art at Antioch College, OH, and a research participant at the Jan van Eyck Academy in Maastricht, NL. 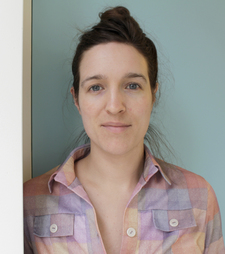 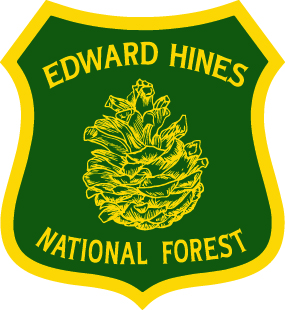