The Hyde Park Art Center invites Twelve Galleries Project, a roving Chicago gallery run by Jamilee Polson Lacy, to present EPIC SOMETHING, the final exhibition of the Quarterly Site Series. According to the exhibition co-curators, Zach Dodson, Dan Gleason, and Caroline Picard, when story and image collide the result is an EPIC SOMETHING, including personal mythologies, narrative architectures, hidden religions, and the spaces between these systems of storytelling. 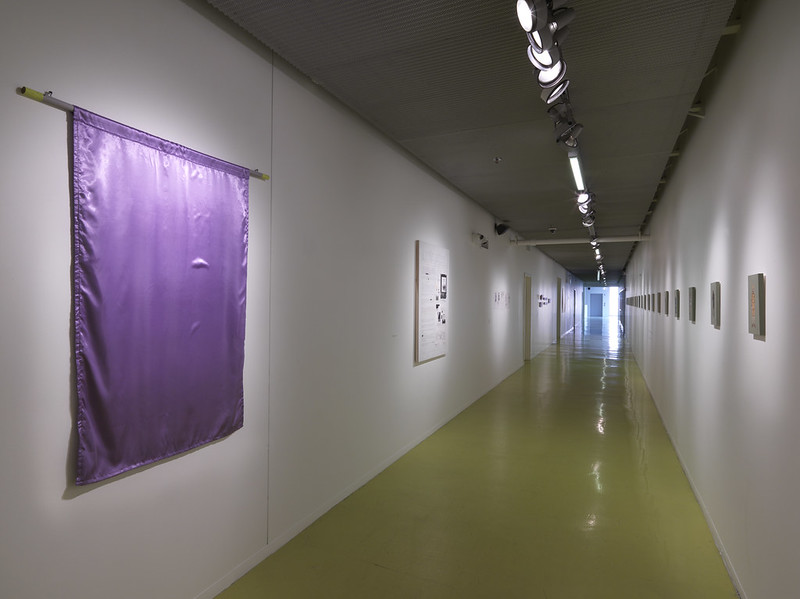 Join EPIC SOMETHING’s twelve artists on a journey to the nexus of text and image, across a multitude of media: drawing, animation, installation, and writing. Witness the rising action of literal correspondences, translations from narrative to image, or from image back to text. Muddle through the plot twists, story lines hidden beneath the surface, and images that speak volumes. Marvel as each work climaxes in an EPIC SOMETHING that articulates the magical space between storytelling and image-making.

EPIC SOMETHING is accompanied by a series of writings of companion pieces for each artwork. Between these text and images alliances are formed, dialogue is in sharp practice, and roads fork unexpectedly. No matter how fantastic the journey, denouement lurks just around the next bend. No story is as good in the recounting.

Twelve Galleries Project began in 2008 as a roving exhibition series featuring the work of emerging artists over the course of one year. With each new month, a new location was selected and a new gallery was formed, producing 12 site-specific exhibitions from January through December. 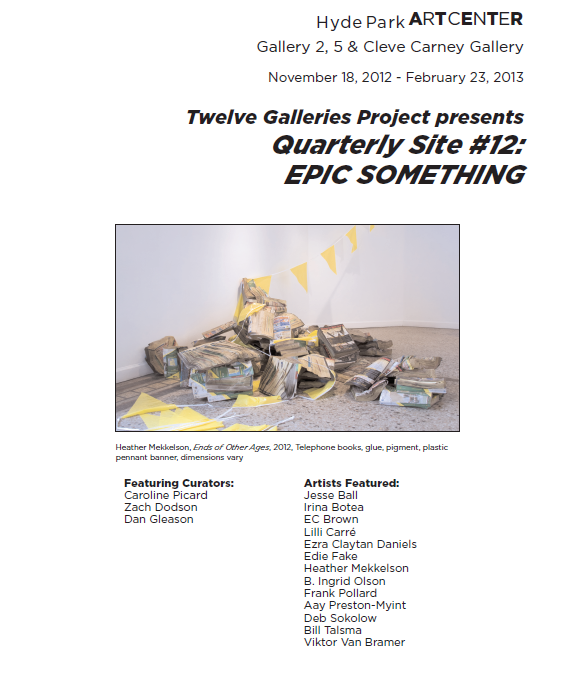