Every person living in America today will produce 109 tons of waste in their lifetime. To help imagine such a volume, the Future Fossils: SUM exhibition confronts the viewer with the visual evidence of only a portion of that amount. In her largest sculpture to date, Lan Tuazon constructs a house-like installation to bring together the range of mass-produced containers we shed through our lifestyle and connect it to the concept of containment, from house to Earth.

Tuazon presents her sculptures alongside new work by Sungho Bae, Rachel Kaching Tang, Ruth Levy, Michelle Nordmeyer, Kate Poulos, and Anirudh Singh, who use rematerialization techniques in their art-making process. Partners in this exhibition are two companies in sustainable solutions: Biomason and WaterBrick, International. Their products demonstrate leading innovations with BioLITH, bacteria-cultivated tiles and WaterBrick, container-bricks that need never enter the waste stream. Beyond presenting a design model for environmentally conscious homes, Tuazon’s installation is a test site for material recovery and invention. Exactly how much of the waste we produce can be reabsorbed into the built environment? Building future needs with materials that have a past is the intention here; however, minimizing harm to the living world begins with refusing a throwaway society.

This exhibition and public program are supported by: 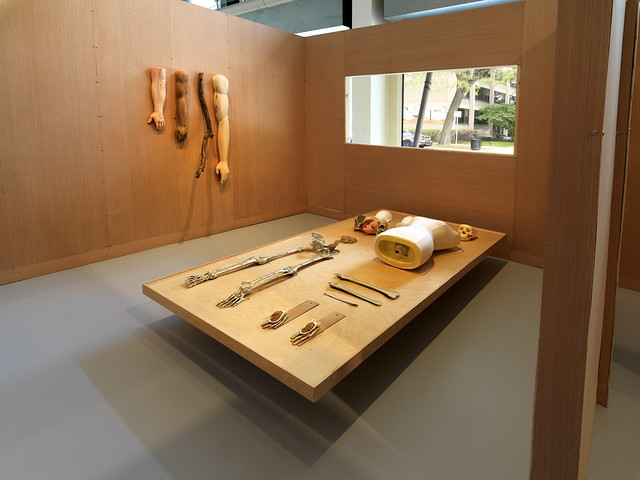 Recovered Material Practices
Material recovery extends the lifespan of manufactured objects and diverts them from the landfill. Tuazon challenges the next generation of artists to discover alternative media from processing existing matter. As a longtime educator, she encourages student artists to cut, press, and “cook” whatever is at their disposal to generate new raw substances for art-making. The exhibition features five methods of recovery as an approach to art that activates the circular economy, or a revolving system of production that extends the use and value of raw and processed materials. These processes are represented directly in the art installations inside and outside the house:(1) Transform (2) Densify (3) Reconfigure (4) Secondary use Design (5) Cultivate

Visitors may contribute to the installation by donating their plastic containers for Tuazon to shred and transform into new sheet-pressed panels that will be added to the walls of the installation during the run of the exhibition. The house in Future Fossils: SUM is art and architecture in the circular economy, not to radicalize change, but to normalize it by bringing it home. The artist gives special thanks to civic practice artist Frances Whitehead who has brought this concept of change through normalization as a truly radical idea.

Bodies, Boulders, Buildings
In Tuazon’s artwork, gradual shifts in scale from miniature to massive demonstrate the interdependence of spaces and all things. The house in the gallery is split in half, creating a central core of the installation in which the body is both sheltered and overtaken by the building-as-container. In a moment of infinite egress, or telescoping outward, the installation highlights the connection of all containers, from embryo to house to planet. According to the artist, “hanging in the corner of every room in a Filipino household is the umbilical cord of its occupant. It is a standing reminder that the room and all the space beyond it (house, region, country, and continent) are extensions of the mother’s womb.” Tuazon repurposes and transforms salvaged everyday plastic items—toys, tchotchkes, household goods—and gives mass to the unseen byproduct of consumerism, while reminding us that every action we take has a global chain reaction.

The double meaning of “consume” is intentional: the average person ingests a credit card–sized amount of   a week through the nanoplastics that leach into our food and water. The egg—our original container—is a recurring symbol in the artist’s work; it emphasizes the synergy between container, food, culture, beliefs, and history in relation to sustainability. Tuazon intentionally prompts further conversations surrounding food packaging, cultivation, distribution, and access with her immersive installation.

Human-Made Geology
Future Fossils: SUM presents new sculptures, prints, photography, and drawing made in response to the permanent impact mankind has on nature. Environmental science documents the existence of manufactured plastics melded to organic sediment on the ocean floor and in landforms, creating plastic rocks called plastiglomerates. Influenced by these findings, Tuazon considers the long expression of time and speculates on the deposits already made in Earth’s crust, which will define our society to future civilizations. The artist dissects, layers, and fuses plastic objects in a stratification-like form to mimic fossils as a visualization of geological time.

For over twenty years, Tuazon has addressed misconceptions inherent to a Western worldview—a way of seeing nature and people as expendable resources for human profit—through a trilogy of artwork concluding with Future Fossils: SUM. She began the Future Fossils series while participating in the 2016–17 Jackman Goldwasser Residency at the Art Center, where she introduced the archive of nested plastic forms. The trilogy consists of three themes—economy, culture, and power—with artworks about the urban plan, cultural history, and human-made geology. Tuazon playfully modifies culturally significant objects, such as security fences, museum artifacts, and plastic containers, to challenge the problematic power structures these objects represent and to advocate for social and environmental change. 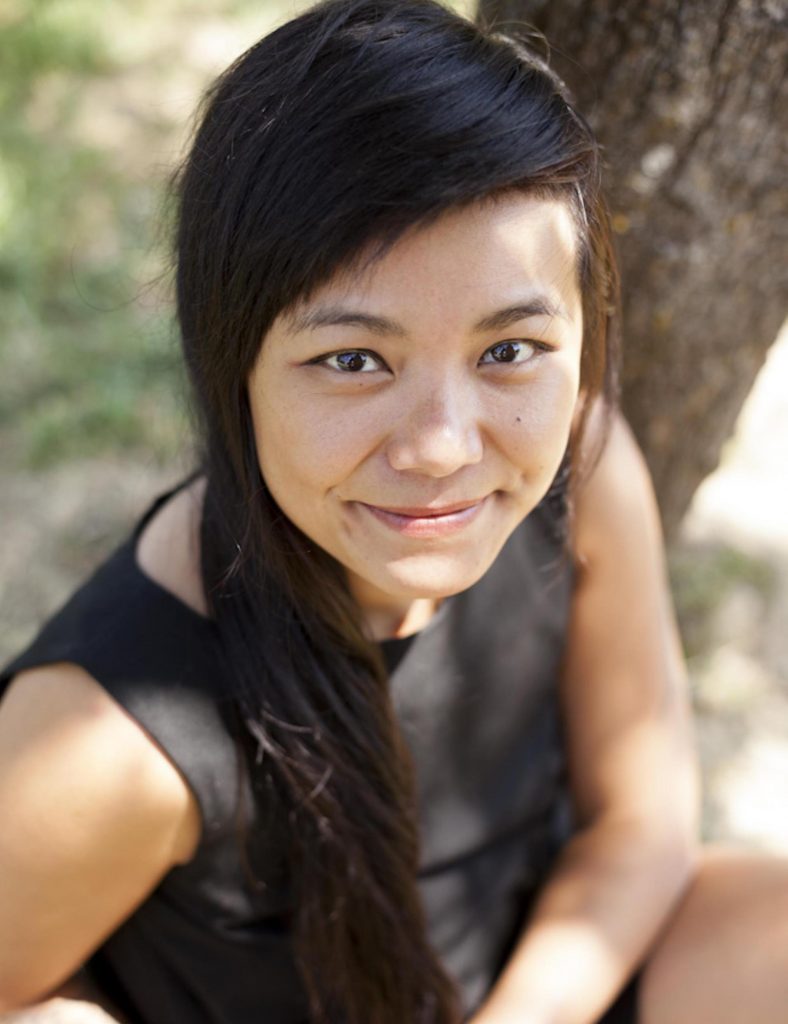 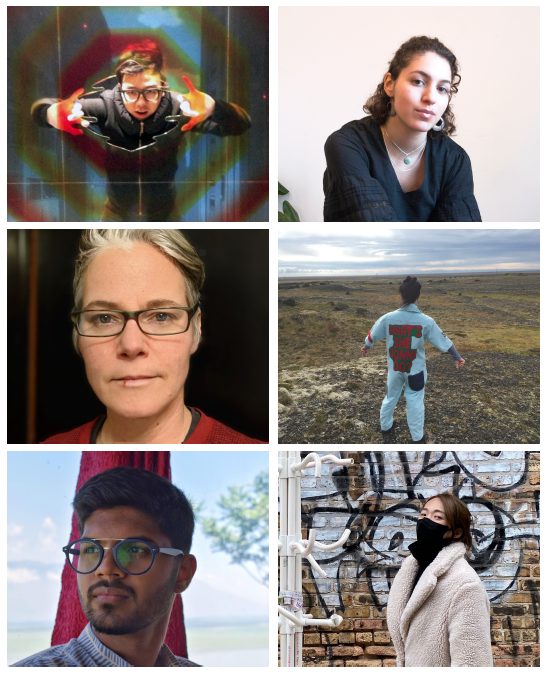 Lan Tuazon (b.1976, Philippines) lives and works in Chicago where she is an Associate Professor of Sculpture at the School of Art Institute in Chicago. Lan Tuazon has exhibited internationally at the Neue Galerie in the Imperial Palace of Austria, Bucharest Biennale 4, the WKV Kunstverein in Germany, and the Lowry Museum in London. Solo exhibitions of her work include Brooklyn Museum and Storefront of Art and Architecture in New York, Youngworld, Inc in Detroit, Julius Caesar in Chicago. She was awarded artist in residence fellowships at the Akademie Schloss Solitude, Headlands Art Center, and Civitella Ranieri in Italy. Group shows of her work were exhibited in multiple venues including the 8th Floor Rubin Foundation, Artist Space, Redcat Gallery, Canada Gallery, Sculpture Center, Apex Art, Exit Art, WKV Kunstverein, and Künstlerhaus in Stuttgart, Germany, and the Hyde Park Art Center in Chicago. Lan Tuazon received her B.A. from the Cooper Union for the Advancement of Science and Art in 1999, her MFA from Yale University in 2002, and the Whitney Independent Study in 2003.  Lan Tuazon is Lan Tuazon 24 hours a day, 7 days a week.

Guest artists invited by Tuazon to present artwork made with recovered and reconstituted materials include:

Sungho Bae focuses on re-rendering the present visual domain, considering images as mediators, consumptions as strategies, and humans as mutant creatures. He received his BFA from Seoul National University and his MFA from the School of the Art Institute of Chicago.

Ruth Levy is from New York City and received her BFA from School of the Art Institute of Chicago in the Spring of 2021. She is currently based in Chicago.

Based in Chicago, Michelle Nordmeyer is a printmaker and educator at the Hyde Park Art Center. She can also be found growing fruit bearing trees and shrubs, and screen printing at the Sweet Water Foundation in the Washington Park neighborhood. Steeped in sentimentality and dark humor, her work is an attempt to spark connection with the universality of what it means to be alive.

Kate Poulos was born in Los Angeles, California.  She received her Bachelor of Fine Arts from the School of the Art Institute of Chicago.  She currently lives and works in Chicago.

Anirudh Singh Shaktawat is a sculptor based out of the Southern Aravalli Ranges of Rajasthan, India. His works respond to the daily experiences of uneven rains, excessive humidity, and disintegrating hills of the region that are symptomatic of the Anthroposcene. He works with building materials that mediate heat, moisture, and light, and builds compositions that bounce between the bodily, domestic, and environmental scales. Embedded in research on devotional practices and conceptions of nature, Shaktawat questions, and aims to dissolve, material and spatial boundaries through his art practice.

Rachel Kaching Tang was born in Hong Kong, China. She is a recent BFA graduate from the School of the Art Institute of Chicago. She works in sculpture, ceramics and street art making with a focus in material research and transformation.