Ground Floor, an ongoing Biennial exhibition since 2010, brings together work by Chicago’s most promising emerging talent. The exhibition offers a single destination to discover artists, who have recently graduated (in 2021 and 2022) from one of Chicago’s five outstanding MFA programs and whose work demands to be seen and supported. Ground Floor presents art made in the past couple of years in hopes to investigate and articulate conceptual and stylistic trends coming out of Chicago art schools right now. Ground Floor—so named because it provides a crucial platform for young artists and expands the entire lower level of the Art Center, gives exhibiting artists a major public venue in which to display their works at a critical juncture in their careers, helping to build, support and ensure a strong and vibrant community of artists in Chicago.

The 2022 Ground Floor exhibition marks the seventh iteration of this biennial exhibition at the Art Center.

Artists: The full list of artists will be announced in August 2022.

Artists are invited to apply based on nominations by respected members of the arts community. Applications are reviewed by an esteemed selections committee including: 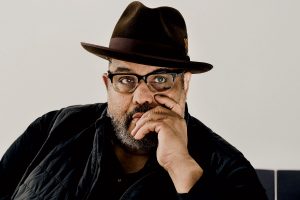 Dawoud Bey (committee chair) began his career as a photographer and has had exhibitions worldwide, at institutions such as the Art Institute of Chicago, the Barbican Centre in London, the Cleveland Museum of Art, the Los Angeles County Museum of Art, the Detroit Institute of Arts, the High Museum of Art in Atlanta, the National Portrait Gallery in London, and the Whitney Museum of American Art, and the Studio Museum in Harlem, among many others.  His photographs are in numerous collections in this country and abroad. Bey’s critical writings on photography and contemporary art have appeared in numerous publications and exhibition catalogs. Dawoud Bey teaches at Columbia College Chicago and is a board member at Hyde Park Art Center. 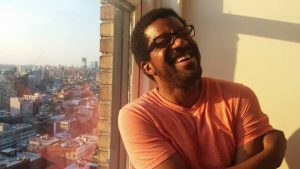 Ross Stanton Jordan is a curator interested in the confluence of politics, history, and visual culture. As Interim Director and Curatorial Manager at the Jane Addams Hull-House Museum, Ross supports the production of exhibitions and programs that connect the social justice issues of the past to the present via collaboration with artists who work with community-based organizations. Previously, Ross was a 12-month intern in the Department of Painting and Sculpture at the Museum of Modern Art where he was a contributor to the museum’s blog Inside/Out and provided research support for exhibitions including Lee Bontecou: All Freedom in Every Sense (2010), Diego Rivera: Murals for The Museum of Modern Art (2011) and Abstract Expressionist New York (2011). Ross is the recipient of the Studio Art Fellowship, Trinity College; the Graduate Curatorial Fellowship, SAIC; a 2015 ACRE Curatorial Fellowship; and was a 2014/15 inaugural curator-in-residence at the Chicago Cultural Center. He holds a Bachelors of Arts in Studio Arts from Connecticut College and dual Masters Degrees in Art History and Arts Administration and Policy from the School of the Art Institute of Chicago. 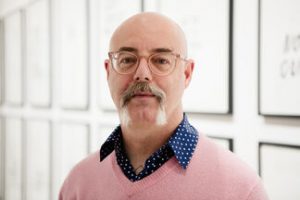 Steve Reinke was born in the Ottawa Valley in 1963. He received his BFA from York University in 1984 and his MFA from NSCAD in 1995. During the 1990s he was active in Toronto’s artist-run centers, most particularly YYZ and Pleasure Dome. He has taught at the University of Western Ontario, Cal Arts, University of Wisconsin Milwaukee and the University of Illinois Chicago. He is currently associate professor of Art Theory & Practice at Northwestern University. He has an extensive national and international exhibition history. Solo exhibitions include the Power Plant and Art Gallery of Ontario (Toronto), Threadwaxing Space (New York), Argos (Brussels), Lux (London) and Gallery 400 (Chicago). Solo screenings: Museum of Modern Art (New York), National Gallery of Canada, Cinematheque Ontario, International Film Festival Rotterdam, London Film Festival, and many others. 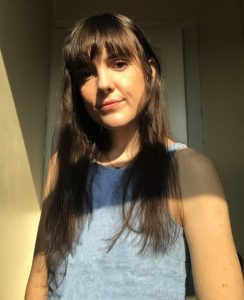 Daisy Schultz has a background in chemistry and worked in a biochemical lab for three years before starting her MFA. From this phase of life she developed a fascination with the radical fragility of the human body on both micro and macroscopic scales. She works mainly in photographic- and time-based media. Daisy Schultz earned her MFA from U Chicago in 2020 and exhibited her work in the 2020 Ground Floor Biennial. 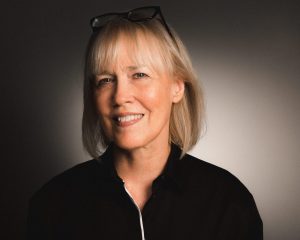 Anne Wilson is a Chicago-based visual artist who creates sculpture, drawings, performances and video animations that explore themes of time, loss, and private and social rituals. Her artwork embraces conceptual strategies and handwork using everyday materials — table linen, bed sheets, human hair, lace, thread, glass, and wire. Wilson’s art is in the permanent collections of the Metropolitan Museum of Art, New York, the Museum of Arts and Design, New York, The Art Institute of Chicago, the Museum of Contemporary Art, Chicago, the Des Moines Art Center, the Detroit Institute of Arts, the Museum of Fine Arts Boston, the Victoria and Albert Museum, London, The Whitworth Art Gallery, Manchester, England, and the 21st Century Museum of Contemporary Art in Kanazawa, Japan, among others. Wilson is a Professor Emeritus at the School of the Art Institute of Chicago and is a Board Member at Hyde Park Art Center.