I Read it for the Art

Hyde Park Art Center > Exhibitions > I Read it for the Art

I Read it for the Art: Chicago, Creativity and Playboy opened March 7 2004 at the Hyde Park Art Center and presented in collaboration with Playboy, Inc.

Through the 1960s, 70s and 80s Playboy Magazine’s Art Director Art Paul undertook an unprecedented campaign to support the work of Chicago’s young artists. This exhibit brought together 20 artists from the highly acclaimed Playboy collection, representing Chicago’s part and present. It was a vivid reminder of the variety and quality of the artistic movements in Chicago from the mid-century to today. At the same time, the exhibit suggested how the rootstock planted in that era has flourished into a broadly inclusive and vigorous artistic community. Playboy solicited work to illustrate the magazine’s strong fiction and feature articles.

During that same period, Hyde Park Art Center, under the direction of artist and educator Don Baum, changed the course of contemporary art in Chicago with a series of landmark exhibitions. The participating artists, such as Karl Wirsum, whose works challenged then current fashions in painting, offering images that served as an impudent and refreshing counterpoint to high Modernist aesthetics. With other Chicago artists, they became known as the Imagists, and the series of exhibitions mounted under the monikers of “The Harry Who” and “The Nonplussed Some” drew national attention to the city’s burgeoning art scene.

Many of the artists Paul sought out to appear in the pages of Playboy Magazine were at the time exhibiting at the Hyde Park Art Center. Paul’s vision suggested a new approach to the use of these images: with Hugh Hefner’s enthusiastic support, Paul purchased the works outright, forming the core of a unique corporate collection. Then unknown artists such as Robert Lostutter and Ed Paschke, as well as more established artists including Roy Schnackenberg, and Seymour Rosofsky would appear in the pages of Playboy Magazine. Other artists include Ellen Lanyon, Phyllis Bramson, and Don Baum, himself, who provided work for the magazine.

I Read it for the Art: Chicago Creativity and Playboy demonstrated how Playboy, through its early sponsorship of emerging Chicago artists, many of whom first exhibited at the Hyde Park Art Center, helped to ensure the vitality of the city’s cultural resources by creating and maintaining a marker for the visual arts which is thriving today. 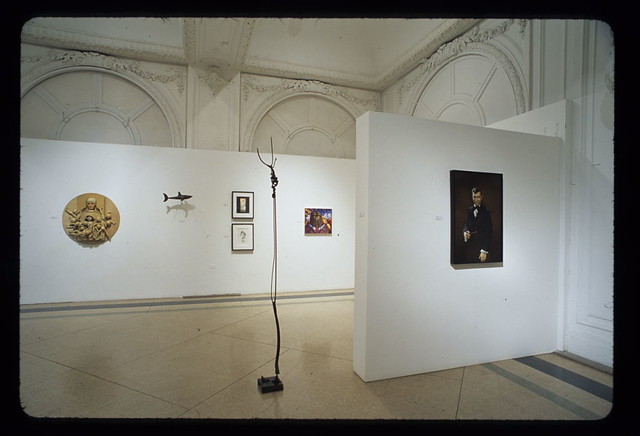