Hyde Park Art Center > Exhibitions > Inside the Outside

Hyde Park Art Center’s 75th Anniversary exhibition season begins with a twist featuring a guest-curated exhibition of work by two longtime artists: Richard Loving and Eleanor Spiess-Ferris. Inside the Outside presents an appropriately upended and inverted look at the Art Center’s heritage as the birthplace of Chicago Imagism, an internationally recognized movement that emerged in the 1960s through Art Center exhibitions like Hairy Who and False Image. Quintessential Chicago artists with careers spanning decades, Loving and Spiess-Ferris both have history with the Art Center, and each offers a unique insight on Imagism—from the edges of the genre. Inside the Outside, curated by Aaron Ott, addresses how Loving and Spiess-Ferris have navigated their artistic practices over the past fifty years through and alongside the influential Imagist movement. 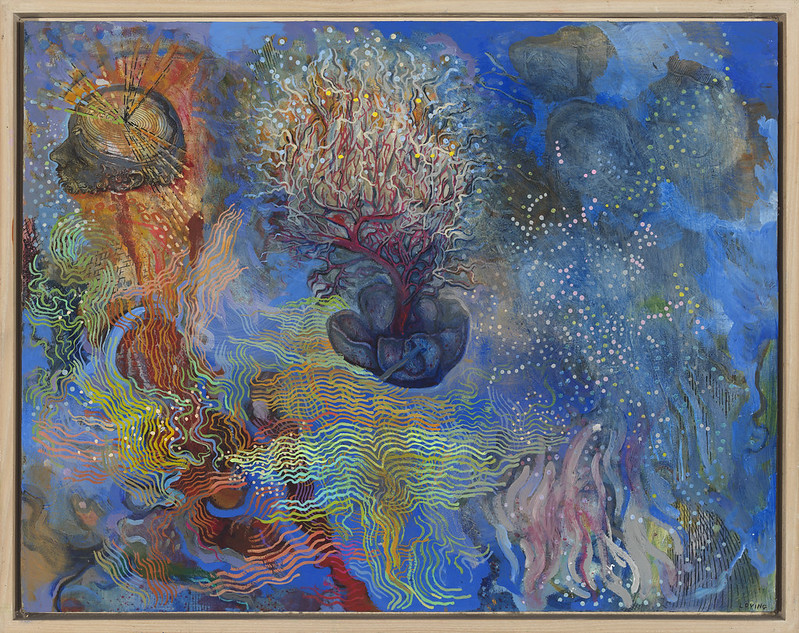 Colors, figuration, and symbolic content place both Loving and Spiess-Ferris within the larger and ongoing conversation concerning Chicago artistic production from the 1950s forward. While Imagism itself has come to be thought of as part of a Chicago Style or a Chicago school of production, it remains an elusive and at times problematically vague designation—not to mention one that Chicago artists embrace or eschew in varying measure. Because the term has nebulous parameters, its application by historians and critics is often as ambiguous as the framework is amorphous. The pairing of Loving and Spiess-Ferris in Inside the Outside explores how each has actively worked on the boundaries of Imagism in spite of manifesting strikingly different positions. While Loving’s work leans more towards abstraction, Spiess-Ferris’s has always been resolutely figurative. Yet the vibrant colors, visual distortions, and psychological complexity that mark Imagism’s trademark attributes are deeply evident throughout both Loving’s and Spiess-Ferris’ works.

It is easy to say with a sense of certainty that some artists are indeed Imagists, for example: Karl Wirsum, Gladys Nilsson, or Christina Ramberg. And it is just as easy to declare that some of their contemporaries are definitively not Imagists—Barbara Crane, William Conger, or Richard Hunt as counter-examples. But somewhere in the Venn diagram where Imagism meets Abstraction, Pop Art, and Art Brut, there are rich intersections of artists (which continue to this day) working in “ism”-defying styles. Foremost and essential among those artists operating in conversation with Imagism—simultaneously inside its accepted boundaries of production while remaining resolutely unrestrained by any genres conventions—are Richard Loving and Eleanor Spiess-Ferris. 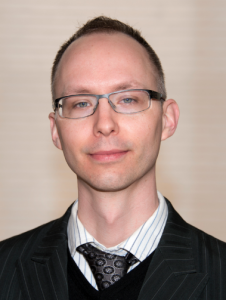 Aaron Ott was appointed as the Albright-Knox’s first Curator of Public Art in 2013. Previously, Ott worked as an independent creative on projects with the Elmhurst Art Museum, Columbia College, the Hyde Park Art Center, and the Chicago Artists Coalition’s HATCH Projects. He also served as a curator at the University of Illinois at Chicago and the Elmhurst Art Museum, and as Director of David Weinberg Photography in Chicago. 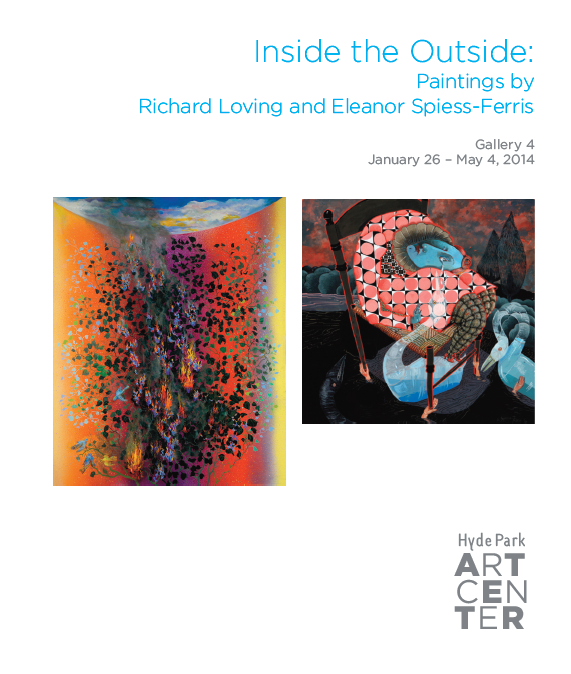