Installation no.21 illuminates Hyde Park Art Center’s facade through the notion of a lit window and its relationship to the immediate neighborhood. During this season of light, Tichy’s work takes advantage of extended darkness to allow light to perform as a gesture of human will and power to make the invisible visible and vice versa. The artist is dissecting the facade into ten windows, a coded time line that activates the building in light compositions. The billboard-size grey scale projection cycles through ten scenarios that interpret the act of turning on a light over the course of the 16 minute looped program. 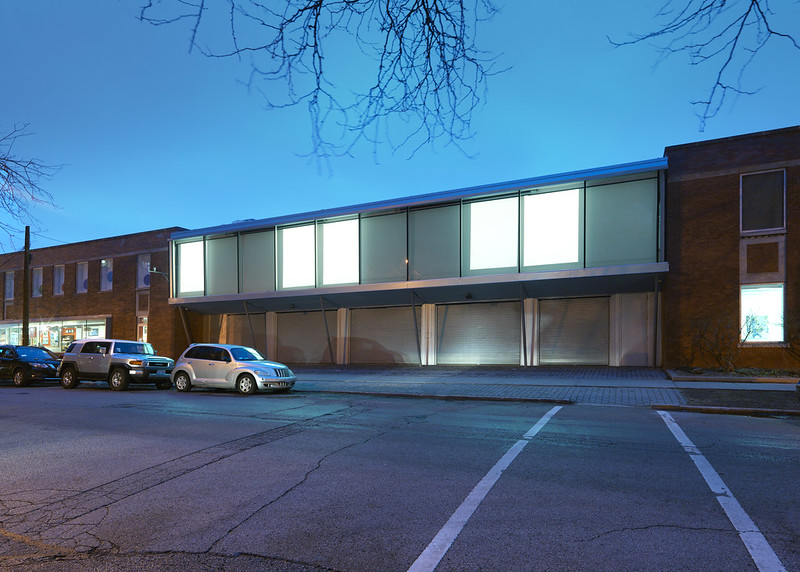 Installation no. 21 was a public artwork viewed entirely from the outside of the building from 8 pm to 12 am daily. 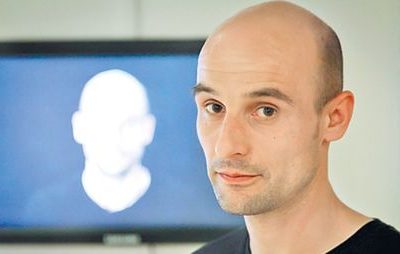 Jan Tichy (Czech, b. 1974) works at the intersection of video, sculpture, architecture, sound and photography; many of his works combine these elements. Using video projection as a time-based source of light, Tichy creates physical and psychic spaces in which he explores themes of concealment, obscurity, and the seen and unseen. Tichy’s use of photography in his work, tempered by his strictly formal and minimalist visual language, results in installations in which the narrative is open to interpretation.Born in Prague, Jan Tichy moved to Israel in the mid 1990s. After studying Political Science at The Hebrew University of Jerusalem, Tichy studied photography at Musrara School of Photography in Jerusalem and Advanced Studies in Art at Bezalel Academy in Tel Aviv. In 2007 he moved to Chicago where he earned MFA degree from the School of the Art Institute of Chicago. He has had one-person exhibitions at the Museum of Contemporary Art, Chicago, the Center for Contemporary Art-Tel Aviv, the Herzliya Museum of Contemporary Art and the Spertus Museum, Chicago. Over the past three years his work has been included in exhibitions in Barcelona, Berlin, Frankfurt, Helsinki, Paris, Prague, Stockholm, Venice, Jerusalem, Tel Aviv, New York, Portland and Washington, D.C. Tichy’s work is included in the collections of the Museum of Modern Art, New York; The Israel Museum, Jerusalem; Magasin 3 Stockholm Kunsthall; MoBY – Museum of Contemporary Art, Bat Yam and Spertus Museum, Chicago.