This exhibition is held in honor of Hyde Park Art Center Board Member and Chair emeritus, Deone Jackman. The new live digital artwork Spigot by Jason Salavon experiments with the artistic possibilities of information technology and unconventional source materials. In this large-scale projection on the Hyde Park Art Center’s facade, pulsating fields of color serve as the background for rapidly emerging pieces of text; these images alternate with multicolored, interlocking squares that recede and project in a dynamic rhythm. Feeding live and directly from the internet, Spigot responds in real time to the artist’s top Google searches, translating that raw, linguistic data into abstracted, aesthetic forms. Salavon developed code and software to transform elements from the searches into bars of color. These bars combine to form a sort of rainbow colored vortex, distilling that vast quantity of information into vibrant, rhythmic patterns. The text that appears intermittently throughout the project reveals Salavon’s search terms and dates. 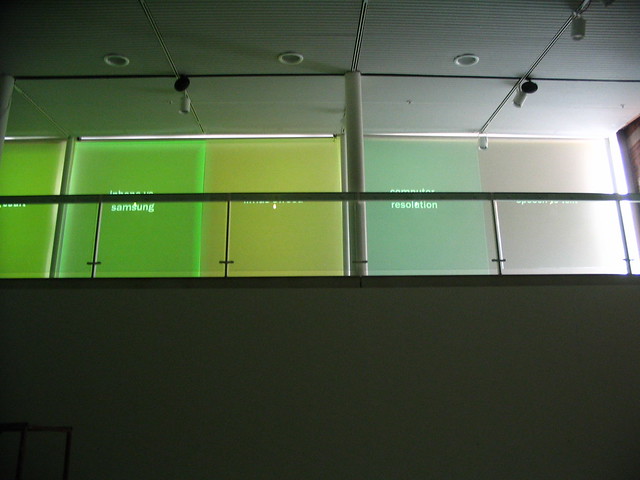 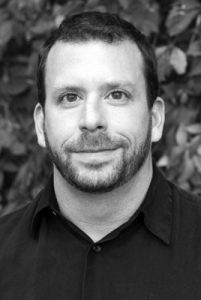 Jason Salavon received his MFA from the School of the Art Institute of Chicago and his BA from the University of Texas at Austin. His work has been shown nationally and internationally, including exhibitions at the Museum of Contemporary Art, Chicago; Whitney Museum of American Art, New York; and Dutch National Foto Institute, Rotterdam, the Netherlands. Salavon is currently a studio artist at the Hyde Park Art Center and associate professor in the Department of Visual Arts and the Computation Institute at the University of Chicago. Salavon is currently represented by Tony Wight Gallery.