Jose Ferreira: Anatomy of an Archive

South African artist Jose Ferreira was in residency at the Hyde Park Art Center! The public came and said hi and learned about the research project he was building in the studio called Anatomy of an Archive: the secret history of a material body. The project dissects the Battle of Isandlwana that occurred in 1879 in South Africa and explores it as pivotal locus of contestation during the Zulu war.

Anatomy of an Archive – The Secret History of a Material Body, Art in America 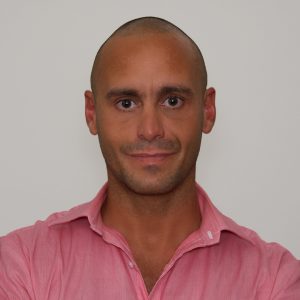 Ferreira was born in Mozambique in 1967; he lived and studied in South Africa. He has lived in London and Amsterdam for several years, returning to Johannesburg in 2005 to initiate a new body of research. He is Assistant Professor of Sculpture at the School of the Art Institute of Chicago. His artistic practice incorporates various media in which he engages debates about the self, technology, history and post-colonialism. The works often critique cultural generalizations of stereotyping and fetishism implicit in established cinematic genres. In performances, he experiments with the temporal qualities of psychological capacity, stressing the limitation of physical situations in relation to his body. His work is entirely trans-disciplinary crossing many boundaries synchronously.

He has shown internationally in the 8th Havana Biennale, The World Wide Video Festival and various other exhibitions. Ferreira has lectured internationally on media and post colonialism. He was Research Fellow in Digital Media at Sunderland University in the UK where he co-initiated a Medialab called sLab. He has taught media and cultural studies in various universities, including the University of East London, Winchester School of Art and the University of Portsmouth. He has curated several exhibitions, including sulSouth, voyages into mutant technologies, an exhibition and film project in Maputo, Mozambique in 2001. For that project he invited filmmakers from various countries previously colonized by Portugal, to exhibit in specific contexts in and around the city. Many of the works on the exhibition interrogated the notion of contested histories and the meaningful shift of defining culture after colonialism. He also co-curated “Tour Guides of the Inner City” in Johannesburg in 1999. He was co-founder and co-director of the Trinity Session based in Johannesburg, an artists’ initiative that curates projects.

He is the director of The Changing Room, a cultural think-tank that stimulates debate around issues of identity and post-colonialism; an on going project initiated in 2005. thechangingroom has no permanent base, it moves according to debate, dialogue during various situations. It is not an institute, an organization or even a permanent body but a research archive of ideas. thechangingroom appears and disappears according to need and specifically structured that way. It’s presence is the momentary appearance of a dialogue, a seminar, colloquium, conversation or even an outing. As a writer he has contributed to several international magazines and publications including Artists Newsletter (UK), Art South Africa, the World Wide Video Festival catalogue, the Eighth Havana Biennale catalogue, and many others. Ferreira is a recipient of grants and awards from numerous organizations including The Prince Claus Fund for Culture and Development in The Hague, London Arts, and the Human Science Research Council in South Africa and the Calouste Gulbekian Foundation in Lisbon.