Emerging artist Kariann Fuqua presented 14 new acid-hued paintings of Chicago’s energetic and gritty cityscape. The paintings, which depict negative spaces between buildings, are an extension of Fuqua’s ongoing exploration of the spatial complexities within Chicago’s built environment. Fuqua’s paintings develop from photographs she takes of real negative spaces between houses and buildings throughout Chicago’s cityscape. By enlivening these commonly overlooked spaces with a physical concreteness on the painting’s canvas and bright, incandescent colors, Fuqua’s paintings demand a re-negotiation and re-conceptualization of surplus space. Yet by dissolving representational features, the division between architectural aspects and negative space also dissolves, as the viewer is no longer fully cognizant as to which section portrays the negative space, and which the building, nor foreground and background. Rather, one’s typical assumptions of the built environment, based on notions of public and private, useful and surplus spaces, dismantle in these psychedelic-like disorienting depictions. 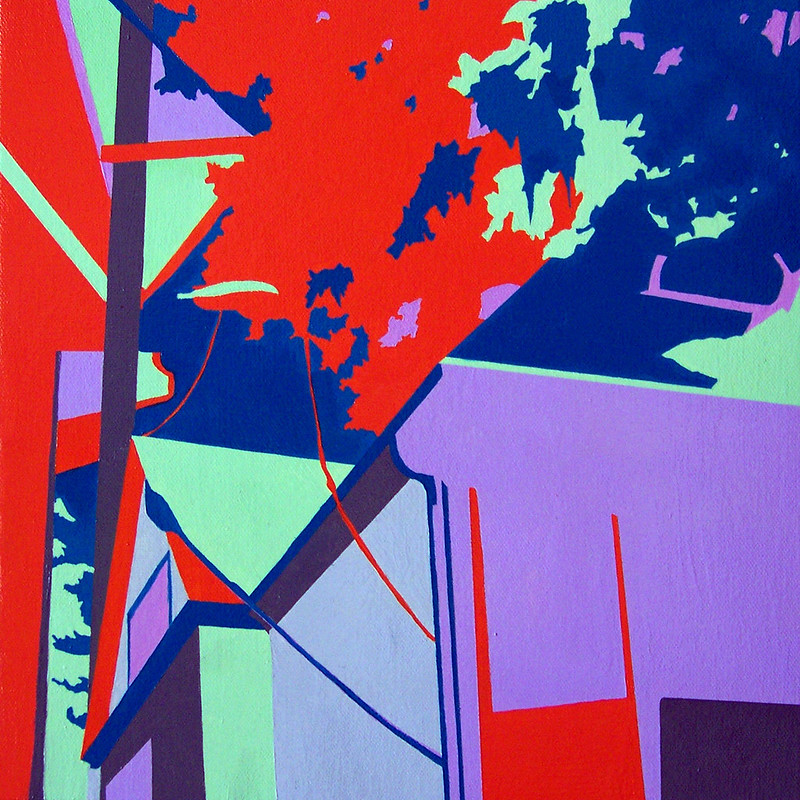 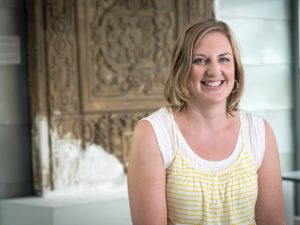 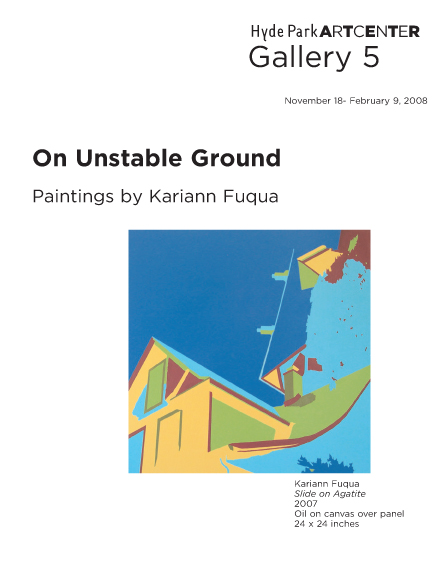