In his American debut, English born, Australia-based artist, Kit Wise contradicts the notion of the Midwest experience being an Arcadian one in the high definition digital work made specifically for the Jackman Goldwasser Catwalk Gallery. The new digital work, Arcadia, addresses global ecological concerns through an invented and always-changing landscape that slowly twists and turns beyond human control.The high definition digital work by English artist Kit Wise addresses global ecological concerns on the Art Center façade with an invented and always-changing landscape.

For the past several years, Kit Wise has been creating large digital collages that often address urban sprawl and the visible pulse of a city. In this new piece, the pulse has returned to nature as the man-made environment gets subsumed by water and earth. Using aerial news footage of the devastation in Texas and Louisiana after Hurricane Katrina (2005), as well as the floods in Missouri and Mississippi (2008), this latest animation by Wise presents a complex interaction of urban forms, nature, and landscape. According to Wise, “the work explores ideas of utopia and arcadia in relation to the contemporary city.” Through the work, the artist aims to focus on the tumultuous relationship between water and the metropolis in the light of the recent natural disasters in the Midwest region of the United States, which parallel similar catastrophes in the Asia Pacific region.

The artwork Arcadia is generously supported by Arts Victoria and the Besen Family Foundation. 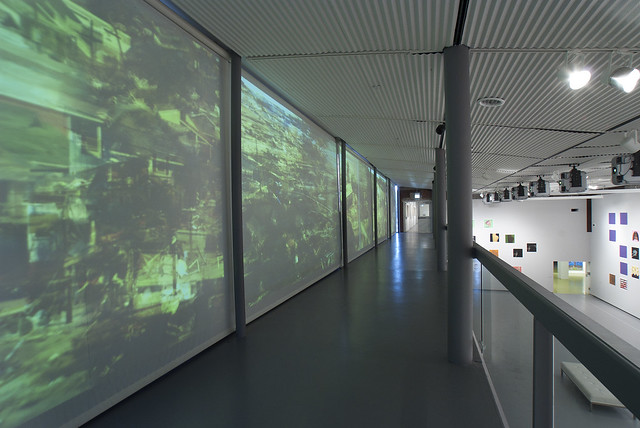 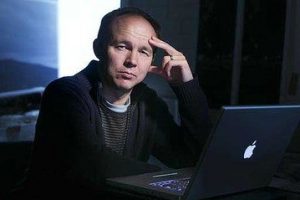 Kit Wise is a Senior Lecturer in the Faculty Art & Design, Monash University in Australia, where he has lived since 2002. His work has been the subject of many solo exhibitions in Australia and Italy and has been included in group exhibitions in Australia, Taiwan, Korea, the UK, France, Germany, Italy, Spain and Holland. His art writing includes reviews, book chapters and catalogue essays and has been published in international art journals such as Frieze, Continuum: Journal of Media and Cultural Studies and unMagazine. Wise earned a BFA from Oxford University and an MFA in Sculpture from the Royal College of Art (UK). He is currently represented by Sarah Scout, Melbourne.