Darrell Roberts abstracts the rigid forms of urban architecture in a new selection of works titled Luscious. Luscious uses the vibrant and gestural language of abstract painting to document an ever-changing cityscape. Thick strokes of color work as layers that Roberts either reveals or conceals, depicting new constructions being built over the old foundations of Roberts’s home city, Chicago. The extreme textures, fluid forms and bold colors appeal to more than just the eye. The paintings, inspired by Roberts’s photographs of city parks, gardens and undeveloped building sites, appeal to a wide range of the senses as the viewer examines the paint in its multilayered state. By abstracting Chicago’s cityscape, Roberts captures the “luscious” qualities of a pulsing city that is constantly reinventing itself.

Darrell Roberts received his BFA and MFA from the Art Institute of Chicago and is a returning faculty member at the Hyde Park Art Center. He has exhibited extensively in the Chicago area and has been featured in the local media. 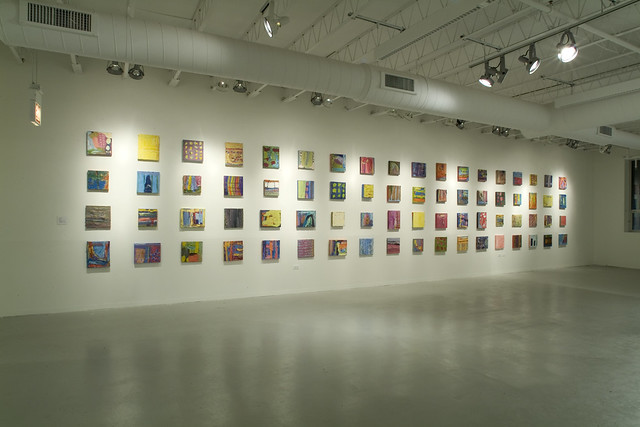 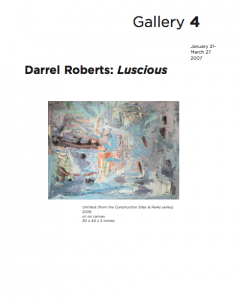