Beyond China is a solo exhibition featuring work by emerging artist Matthew Harris. By applying silkscreen techniques to clay, Harris creates ceramic busts and tiles with a graphic edge. The exhibition will feature work that addresses the ongoing cultural shift between “old” and “new” China. During nine months spent researching ancient ceramic kiln use throughout China, Harris was constantly confronted with the stark differences between ancient kiln ruins and the “futuristic skyscrapers” of China’s rapidly growing cities, such as Shanghai. Harris found himself “increasingly aware of the tensions inherent in the simultaneous pursuit of economic advancement and cultural preservation.” The exploration of these tensions informs Harris’ work in Beyond China as he attempts to address the “transformations occurring in China as the country plays an expanding role in the modern global market.” 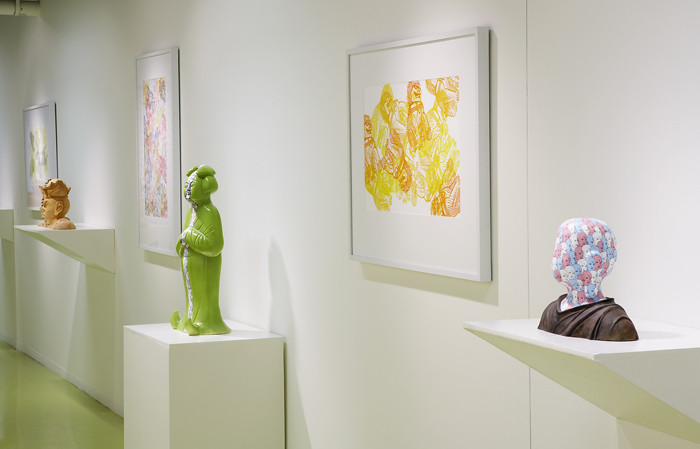 Matthew Harris received a Bachelors of Fine Art from the University of Wisconsin – Madison, where he was awarded a Hilldale Research Fellowship for study at the University of International Business and Economics in Bejing and independent field research throughout China. From 2006-2008, he was an Artist-In-Residence at Lillstreet Art Center.