Filmmaker and visual artist Melika Bass expands the territory of her gothic world in this installation using sound, 16mm/video, and architecture. Transplanted to Chicago from the south, Bass’s distinct, immersive artworks blend macabre and magical elements, revealing a fictional, fractured Americana. The solo exhibition featured a spatial narrative installation that delves, through movement, texture, sound, and gesture, into the psychology of several reoccurring figures in Bass’ previous films; while also introducing two new characters, blending the past into the present. Bass designed the installation by altering the gallery, leading the viewer through a evocative memory of place, embedding us in a timeless society of lost souls in a haunted landscape.

The exhibition was included on several critics' picks lists and Best of 2015 lists. Here are some of the responses:

“The Latest Sun is Sinking Fast was one of the most fascinating film experiences of the year, and I can’t wait to see what Bass does next.”
-Jason Hoffman, Medium

“No Imax 3D presentation could be as fully immersive as Chicago artist Melika Bass’ haunting, multi-screen installation at the Hyde Park Art Center. An oblique, troubling narrative takes shape as you watch each of the separate films.”
– Joel Wicklund, The Chicagoist 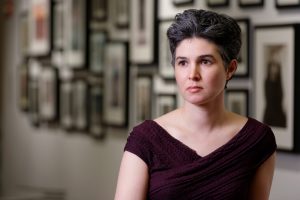 Melika Bass is a filmmaker and installation artist currently living in Chicago. Bass is the recipient of an Artadia Award, a Media Arts Fellowship from the Illinois Arts Council, the Kodak/Filmcraft Imaging Award from the Ann Arbor Film Festival, and an Experimental Film Prize from the Athens International Film Festival. In 2013, Bass was appointed the Pick-Laudati Artist in Residence at the Alice Kaplan Institute for the Humanities, at Northwestern University.

Drawing Club for Hyde Park and South Side Artists

Reception for All Current Exhibitions 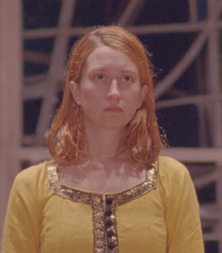