Mindy Rose Schwartz‘s Macramé Intervention was originally conceived of as a public art installation and performance/demonstration included in the Shrill and a Half Block Party, an event presented by Joymore Gallery on June 20th, 2009 at the Hyde Park Art Center. The seven components that make up the installation present the various sculptural possibilities that arise from the unlikely combination of common knot and fringe patterns that appear in such craft home decor objects as God’s eyes, plant hangers and dream catchers. The macramé draws attention to empty space and behaves inappropriately as mere decoration, extending out and ensnaring random as well as sculptural object. No adhesive or staples are used to create the compositions. Only stylized knots bind the cord, beads, and found objects together. Like a spider’s web, or a kudzu vine, the artist envisions the architecture overcome by macramé.

This installation was in conjunction with Artists Run Chicago. 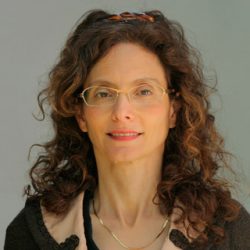 Mindy Rose Schwartz is a sculptor living in Chicago. She is interested in how elements of nature are brought into the domestic living space and how those elements eventually become part of our memories. She received an MFA from the University of Illinois at Chicago and a BFA from the University of Illinois at Urbana. Schwartz has shown her work in galleries across Chicago including the Spertus Museum, Renaissance Society; Gallery 400; Northern Illinois University Gallery, and the University Galleries, Normal, IL. She is currently an instructor in the Sculpture Department at The School of the Art Institute of Chicago.