The solo exhibition Pellot Gonzalez Rios presents new sculptures and paintings by Josue Pellot. The title of the exhibition distinguishes the domestic tone of the works included by focusing on the artist’s formal family name. Recollections of family members and common household mementos of Puerto Rican popular culture have inspired the emergent Chicago-based artist to create this body of work addressing the hybridization of cultural identity in new migrant generations of Puerto Ricans. A conceptual artist who engages social critique, politics and humor, Josue Pellot explores his personal memories in Pellot Gonzalez Rios. His artworks incorporate family souvenirs, items from his hometown of Aguadilla, a model of his great-aunt’s home, and a series of toy-sized portrait figurines portraying four generations of the Pellot family. These discrete items combine to form a nostalgic and gently humorous meditation on the meaning of family roots and national identity in a globalized world. 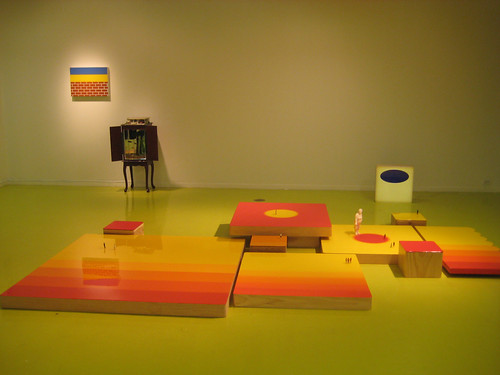 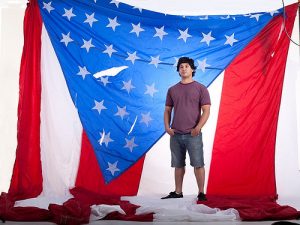 Josue Pellot was born in Mayaguez, Puerto Rico, and resides in Chicago. He received a BFA from the University of Illinois at Chicago and a MA from Northwestern University. Pellot works in various mediums such as painting, video, and sculpture. His work has been shown locally and abroad, including at the Galleria Tinta Roja, the Chicago Cultural Center, the Contemporary Art Society (London, UK), and the Museo de Arte Contemporaneo, Caguas, Puerto Rico. 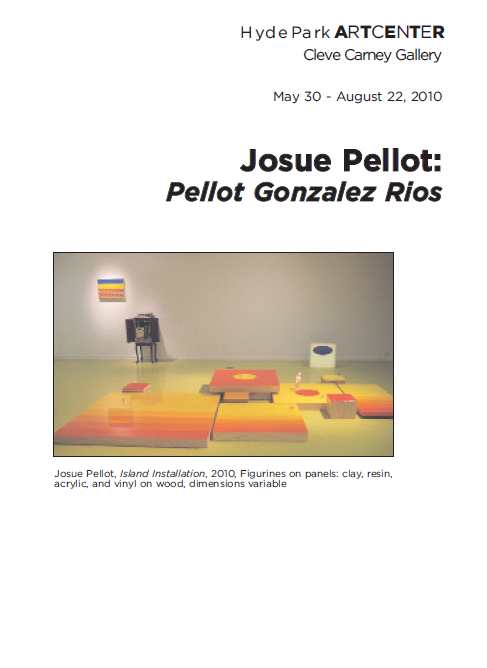