For the group exhibition the four artists involved explored collage through diverse media. Juan Angel Chavez, a multi-media artist, used found and manipulated objects in his large scale constructions. Dianna Frid‘s work explored the delicacy and strength of fabric and thread while Marcos Raya created a body of work characterized by the wit and mordant social comment for which collage is known for. Collage is an all purpose device in modern and contemporary art history that borrows images from an assemblage of sources to utilize a coherent personal interpretation of reconfigured forms. Collage derives from early twentieth century experiments with newspaper and magazine clippings combined in sometimes startling ways. Almost unavoidably, collage has tended toward the critique of the cultures that produce its raw material. The apparent ease as which a collage can be created, and combined with the irresistible appeal of its economy, also make it an important part of childhood art-making. This association presents both a challenge and an opportunity to the working artist practicing the technique. 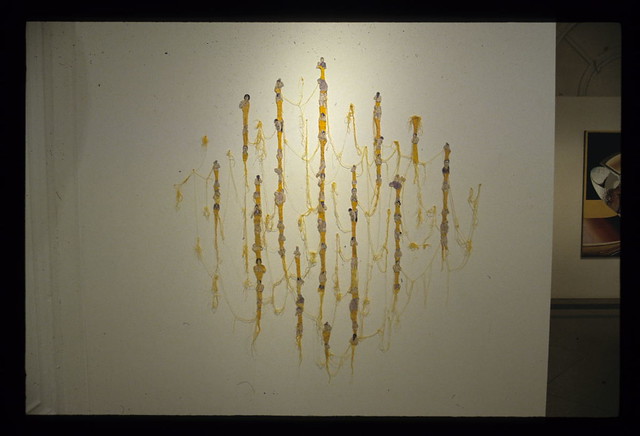