Hyde Park Art Center welcomes back artist Jim Duignan to expand on his previous work at the Art Center highlighting art and education in the city in PUBLIC SCHOOL on view in Gallery 1 and 2. Duignan, of the Stockyard Institute, works collaboratively with artist and educator Rachel Harper, of Seen + Heard to create a imagination-inducing installation of curious objects – including a fort, a stage, a tower, a piano, and a decommissioned school bus – to construct a new playground for all ages. At a moment when the Public Education System struggles to exist, Chicago artists ask: where is learning actually happening in this city and who gets to determine what we should know? 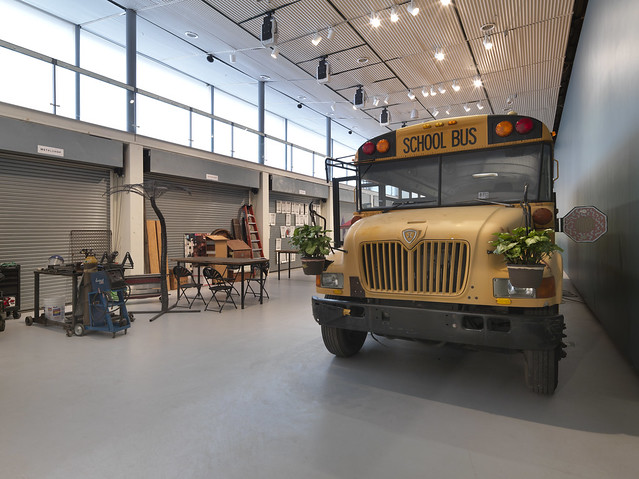 “The space is a trigger for meaning"

Over the four-month long run of the exhibition, the installation will be added to and activated by interdisciplinary projects from progressive Chicago-based artists and educators: Jacinda Bullie, William Estrada, Nell Taylor, Jaquanda Villegas, and Irina Zadov. “The space is a trigger for meaning,” explains Harper, “but it is completed when it is operationalized by the public, and it relies on neighborhood logic to rearrange its parts into a more useful whole.” Weekly workshops, classes, performances and talks will take place on Tuesdays and Saturdays in the gallery and in offsite locations across the Chicago vicinity. A calendar of daily events on the website will allow for the public to sign up to “teach” what they determine is important to being an educated person.

The opening of PUBLIC SCHOOL marks the 10th anniversary of Duignan’s 2007 exhibition, Pedagogical Factory, a highly interactive exhibition that engaged national and international artists, theorists and collaboratives including The Center for Urban Pedagogy (New York), rum46 (Denmark), Think Tank (Philadelphia), Artlink (UK) and AREA Chicago. The Art Center acted as a hub for research, lively discussion, free school supply exchanges, radio broadcasts and much more. PUBLIC SCHOOL assesses the development of art education ten years later by including weekly free programming with a particular focus on the work being done in Chicago to develop informal, self-taught, vocational, and even “unschooled” modes of education.

PUBLIC SCHOOL will kick off Hyde Park Art Center’s exploration of a radically different model for their art school and studio program in 2020 (released in a Strategic Plan in Fall 2016). The new program aims to expand access to ensure all people can participate in arts education and invests in the pedagogical practices and studio work of the artists that teach. The Art Center will host a Teaching Artists Summit in partnership with the Chicago Artists Coalition on Saturday, April 29, 2017 to address current obstacles and opportunities in the field. To know more, visit www.chicagoartistscoalition.org.

Jim Duignan is a Chicago artist and Associate Professor in the College of Education at DePaul University where he founded the Arts Education Program. He started the Stockyard Institute in 1995 as an artist project and a small community institute in the Back of the Yards neighborhood of south Chicago. From the start, the Stockyard Institute was a community center working to collectively design and organize visual and pedagogical projects alongside youth, artists, teachers, community members, and the public, which speculate on art, education, aesthetics, and the city. The Stockyard Institute was influenced by an awareness of neighborhood histories and an under recognized group of community artists, architects, radical teachers, and local activists where a deep consideration of the social and civic forms of engagement were as critical to their practice as to their lives. He is the recipient of multiple awards for scholarship, merit, and service including the University Public Service Award, Artadia (2008) and has been the awarded grants from the Weitz Family Foundation, Purcell Family Foundation, PNC Bank Foundation and the Wrigley Company. Recent publications include, Building a Gang-Proof Suit: An Artistic and Pedagogical Framework, for the Chicago Social Practice History Series, (Eds.) Mary Jane Jacob and Kate Zeller, published University of Chicago Press (2015) and No Longer Interested for the Blade of Grass Foundation (2014).Major exhibitions include the Chicago Cultural Center (2016), Reykjavik Art Museum, Iceland (2016), Interference Archive, Brooklyn, NYC (2015), Sullivan Galleries, Chicago (2014), Kochi-Muziris Biennial, India (2014) and the Hull House Museum (2013). The work of Jim Duignan has been reviewed in publications like The Atlantic (2015), Prestel Publications (2014), The Art Newspaper (2014), Chronicle of Higher Education (2011) and the Chicago Tribune (2011). He received a B.F.A. from the University of Illinois at Chicago, where he was deeply influenced by two of his teachers, artists, Robert Nickle and Martin Puryear. Duignan received a MFA from the University of Illinois at Chicago in Studio Arts.

Rachel Harper is an artist, educator and founder of Seen + Heard, an artist project advocating for the cultural works of people age 0-12. She consults on program design for the DePaul University Visual Arts Education Program and serves as an education representative on the Curatorial Board of the Ragdale Foundation. In partnership with Stockyard Institute, Rachel works in a residential studio inside the Bernhard Moos Elementary School in Chicago. working towards a PhD at University of Illinois at Chicago. Her audio work and music have been performed in Chicago and New York, she has exhibited visual art in national group shows, and presents research at national conferences. She is a recipient of the 2015 3Arts Teaching Artist Fellowship from the Ragdale Foundation and recently completed a research residency at the Art Institute of Chicago and at the Chicago Department of Cultural Affairs and Special Events, among many other awards and honors she has received since 2010. 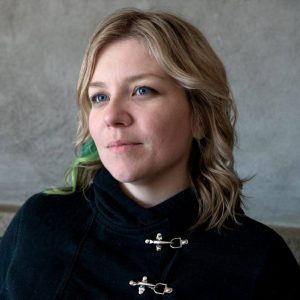 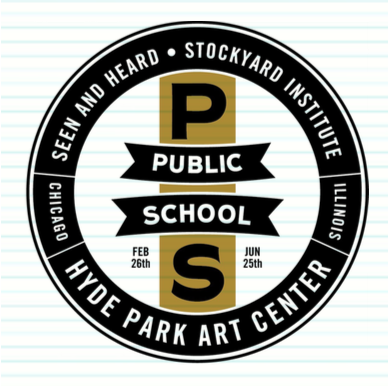