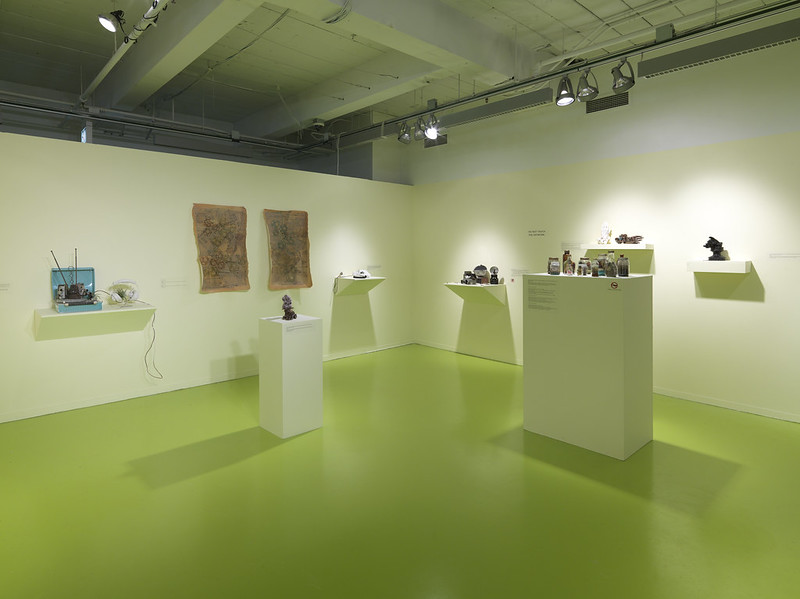 My sculptures are imbued with healing intent and energy

“Each object is also attuned to the combined symbolic meanings of my materials. I use titles to address the function of the works as contemporary artifacts, rather than ‘art objects,’ revealing how they may be used in spiritual and healing practices and by whom. My work is inspired by my dreams and mystical experiences and informed by metaphysics and spiritual traditions across African, African diasporic, Native American, and other cultures.”

Wheatley’s assemblage-based sculptures repurpose vintage electronics and other objects to release trauma, translate messages from one’s subconscious, tap resources from past and future lifetimes, and more. Vintage clocks are used to play with time, and radios connect sound and frequency to the unseen energy of “radio waves” while “space age” TV antennas both send and receive messages. These objects do not “turn on” in the ways they were originally intended. Rather, they are powered by energies from unseen realms; their functionality occurs within the user’s awareness.

The artist incorporates natural materials including quartz crystals to amplify intention, fossils which carry the energy of millions of years, and barnacle clusters to enhance one’s ability to adhere to intended personal changes, as well as snakeskin sheddings, cicada wings, moss and more. She also uses handmade elements, such as sacred geometry drawings and ceramics. Additionally, unstretched canvas works and altered books, in which Wheatley records experiences, dreams, and ideas, provide a glimpse into the mind of the creator while also highlighting her spirituality and work as a healer.

Rhonda Wheatley is a Chicago based artist whose paintings, sculptures, and written works explore consciousness, language, the metaphysical, and personal transformation.

Wheatley has exhibited throughout Chicago, in solo shows at David Weinberg Gallery and FLATFILEgalleries and group shows at the Koehnline Museum of Art, Hyde Park Art Center, Woman Made Gallery, Chicago Artists Coalition, and more. Wheatley’s work has also been exhibited at the Black Fine Art Show in New York City, G.R. N’Namdi Gallery in Detroit, and in art fairs and exhibitions in Atlanta, Minneapolis, and Nashville. She’s been featured in publications from the Chicago Tribune and Timeout Chicago Magazine to the Detroit Free Press. In 2007 Wheatley was a Ragdale Foundation Chicago Connection Fellow, in 2008 she was a featured lecturer as part of the Art Institute of Chicago’s Artists Connect Series, and from 2003 to 2007 she was a Board Member of Woman Made Gallery.

Wheatley received an MA in Writing from DePaul University, Chicago and a BA in English Literature and African American Studies (Minor) from Loyola University of Chicago. She currently has a studio and is a teaching artist at Hyde Park Art Center.

Write It Out: A Journaling Workshop, Ages 15+

Excavating Myself & Eavesdropping on Your Future 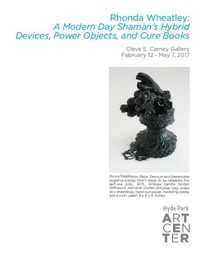