Roger Brown : Calif U.S.A. curated by Nicholas Lowe with assistance from the staff of the Roger Brown Study Collection showcases the rare artwork and collections of the famed Chicago Imagist, Roger Brown. The exhibition explores Brown’s process of collecting and arranging hundreds of domestic objects in his La Conchita, California home and studio. Experience the first-ever exhibition of Brown’s three-dimensional Virtual Still Life paintings shown with the extraordinary collections they evolved from. Roger Brown was a collector as much as he was an artist. The SAIC alumnus and Hyde Park Art Center exhibited artist filled his home and studio in La Conchita, California with hundreds of domestic objects–vernacular ceramics, southwestern knickknacks, and pop culture ephemera–all meticulously arranged and occasionally incorporated into his artwork. Calif. U.S.A. explores Brown’s process of collecting and arranging, which was distilled into his Virtual Still Life series–paintings turned three-dimensional with ceramics on shelves in the foreground. Exhibited together for the first time, these extraordinary paintings and arrangements (or tableaux) of objects reference and echo each other, as combined reflections on landscape, heritage, religion, history, life, and death. 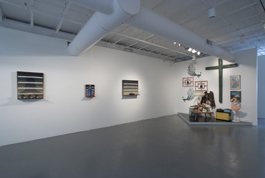 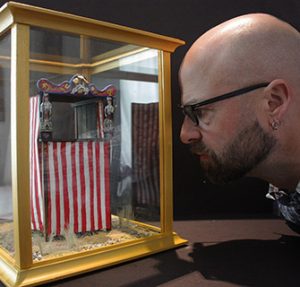 The curator of the exhibition, Nicholas Lowe, is an interdisciplinary artist and currently holds tenure as Chair and Associate Professor in the department of Arts, Administration and Policy at the School of the Art Institute of Chicago. Born in Alabama, Roger Brown (1941-1997) moved to Chicago in 1962 where he attended the School of the Art Institute and earned a BFA (1968) and a MFA (1970). Works by Brown and fellow students were recognized by (then) Executive Director of the HPAC, Don Baum, who organized spirited “Chicago School” exhibitions from 1966 to 1971. Brown’s work was included in several exhibitions at HPAC, including False Image (1968). From these early HPAC exhibits, a loosely associated group of artists became known as Chicago Imagists, a term coined by art critic Franz Schulz (1972). The artists associated did not adopt the name, or have a shared ideology, but they worked independently of New York contemporary art trends and incorporated imagery from popular culture into their works, although less cerebrally than New York Pop artists. Brown’s first solo exhibit at Phyllis Kind Gallery (Chicago, 1971) began his 26 year representation at PKG in Chicago, and later, New York. He had numerous solo and group exhibitions in the U.S. and abroad. Traveling retrospectives of his paintings and sculptures have been organized by the Montgomery Museum (1980) and the Hirshhorn (1987). Museum representation includes the Art Institute of Chicago, Metropolitan Museum, Whitney Museum, Museum of Modern Art, Museum of Contemporary Art/ Chicago, National Museum of American Art, Scottish National Gallery, Museum Boymans, Rotterdam, and many others. 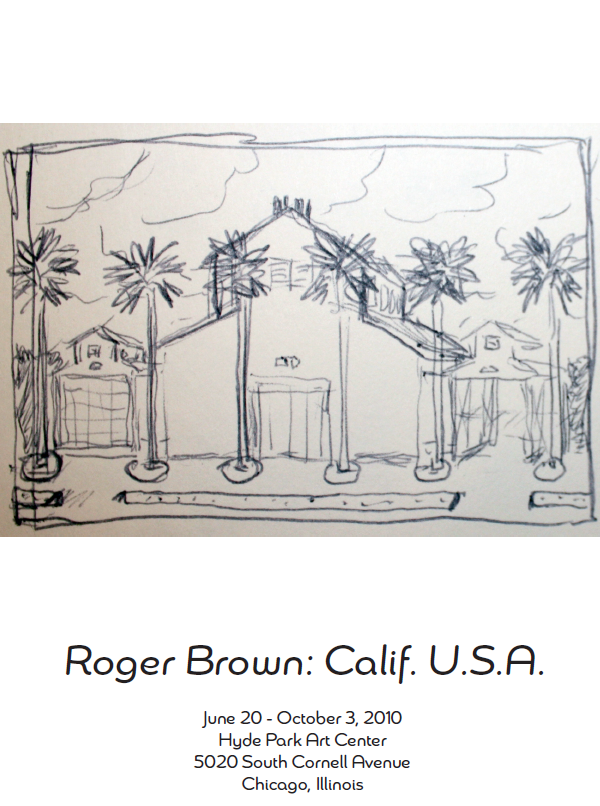