The Tokyo Show advocates for redirected routes of dialogues across global space—through the leadership of artists, and as a way to reconsider complex identities. In addition to the selection of artwork, the exhibition includes a wider project to circulate ephemera by contemporary Black and Brown artists to special collections libraries globally, as an act of connection, increased mobility, and self definition. Receiving libraries will include collections in Berlin, Lagos, Beijing, and a list that is still growing. 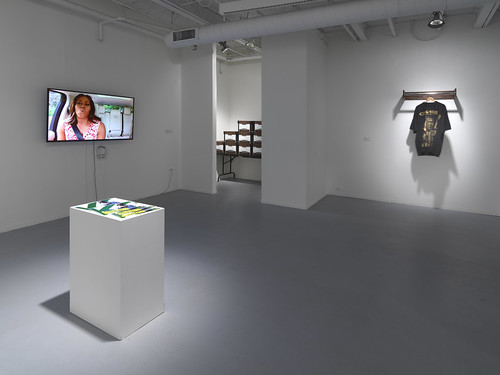 The Tokyo Show: Black and Brown are Beautiful is curated by Asha Iman Veal

“Seeking ways to constantly expand one’s space both literally and figuratively is a necessary challenge, but one that can be mastered and a way for people of color to thrive,” says Chicago-based curator Asha Iman Veal. “The instrumentality of ‘race’ is an attempt to restrict human fluidity. So what does this mean for humans that understand movement as life?”

“People will live out expected narratives as a way to be unseen,” adds artist Alex Bradley Cohen. In his own statement within the exhibition, Cohen experiments with a new series of drawings alongside striking portraiture. “We know what people look like, we don’t know what people feel like” as individuals, on the inside.

“I want to talk about what it was like living in New Orleans, England, Puerto Rico,” says filmmaker Diana Quiñones Rivera, who contributes an autobiographical work, D on the South Side. “Segregation doesn’t come from today. It’s organized. It’s institutionalized.” 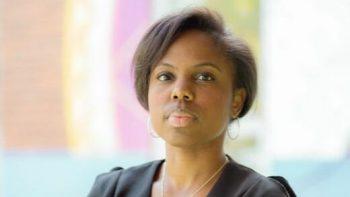 Asha Iman Veal is an arts organizer, dedicated to the possibilities of redirected routes of dialogues across global space. Her narrative nonfiction projects The Places We’ve Been: Field Reports from Travelers Under 35 (2013) and Brooklyn (the black) (2015) have presented in the U.S. and U.K and been acquired by special collections libraries, including the Smithsonian National Museum of African American History & Culture. Asha Iman is on Faculty in the Department of Arts Administration and Policy at the School of the Art Institute of Chicago. Her additional affiliation includes the Exhibitions and Residency Team at Hyde Park Art Center, and recent Development strategy for Prison + Neighborhood Arts Project. Her previous roles at arts and advocacy organizations include playwright Eve Ensler’s V-Day global movement to end violence against women and girls, and she has worked on research and arts-based projects in Vietnam, Tokyo, Scotland, Canada, and Cuba. In 2018 she juried for Arts + Public Life/The University of Chicago Center for the Study of Race, Politics, & Culture; Ox-Bow; and ACRE. Asha Iman is a member of the ALAANA Caucus at Hyde Park Art Center, Membership Committee at Experimental Sound Studio, and the BMW Foundation’s Transatlantic Core Group (Germany and U.S.) and Responsible Leaders Network (Global Table). She studied an MFA in Creative Nonfiction Writing and an MA in Arts Administration & Policy.