An exhibition by Sally Alatalo, The Wonderful (Lost) Achievements, explored the history of the World’s Columbian Exposition of 1893 and Hyde Park.5. Alatalo created a retrospective of fictional exhibits imagined to be lost to the Exposition either by accidents of fate or due to the determined proprieties of the fair’s organizers. While some of the exhibits were introduced as “discoveries” found during excavations for subsequent building projects (such as the Del Prado Hotel, whose site the Hyde Park Art Center then inhabited), others were reconstructed using documents culled from the Chicago Historical Society archives. These archives served as both reference and provocation for the exhibition. Alatalo utilized printed materials, plaster, found objects and didactic panels to recount the lost exhibits of the Columbian Exposition and to speculate upon their exclusion from the World’s Fair. 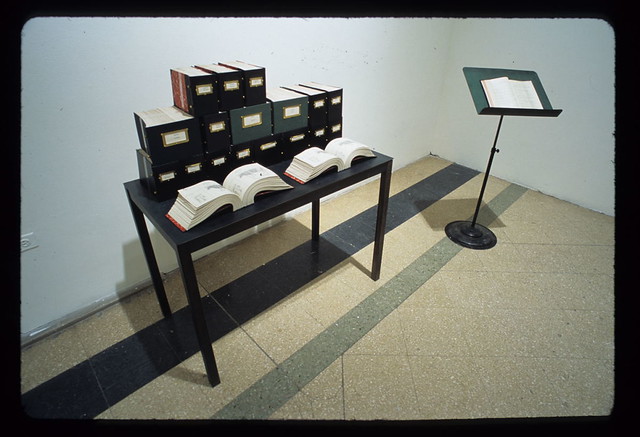